Construction is down in the market’s lower end, and economists say they know why 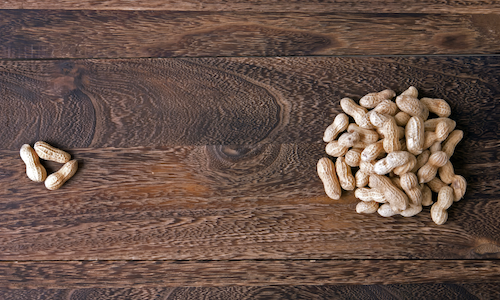 The construction industry continues to make strides bringing more new homes to the market, a Census Bureau report on housing permits recently showed. But while activity is increasing, building efforts are more often being segregated to the higher-end of the market.

“There is inventory coming on line, albeit slowly,” said Redfin Chief Economist Neal Richardson during a panel discussion at the National Association of Real Estate Editors’ annual conference in Miami. “The problem is it’s not equally distributed.”

According to an analysis from Redfin, in June, the number of homes for sale priced $198,000 and below fell 17 percentage points year-over-year, while middle-market inventories rose 3 percent and top-level inventories jumped 14 percent.

In some markets, like Austin, where entry-level inventories dropped 34 percent and rose 14 percent at the higher end, the trend is even more apparent.

“There is more turnover at the higher end,” Richardson said. “At the more affordable end of the spectrum, people are stuck.”

There is a debate among industry insiders as to what’s driving the trend. Some say builders are chasing the buyers with the money, while others suggest young buyers are moving away from traditional “starter” homes. The reality is likely somewhere in the margins.

In the fallout of the economic downturn, lenders developed a heightened sensitivity to risk, which led to much tighter lending standards. Coupled with growing student debt and rising home prices, traditional financing became less a gateway to housing than an obstacle course, turning many would-be homeowners into renters.

While lending standards have relaxed considerably in the last few years, and particularly the last few months with Fannie and Freddie’s new rules, building permits, which anticipate future housing starts, show the persistence of a clear trend away from entry-level building and toward higher-end and multifamily housing.

“If there is any speculation in building, it’s going to be toward the higher end,” Richardson said.

According to numbers from the Census Bureau, multifamily permits made up 43.7 percent of all building permits in May, up from 35.6 percent a year prior.

In a recent Builder article, John McManus, wrote that builders may also be shying away from the entry-level market because high land costs, rising “infrastructure and expanded support service costs,” as well as a shift in what buyers are willing to accept in terms of a starter home.

He wrote: “They’ve waited longer to form households, pay down student debt, hook up with significant others and amass their ‘ability to repay’ profile, and now they’re not going to settle for a mere deed that gets them a ticket out of monthly rental payments.”

On the surface, consensus among economists and builders is that inventories are growing, but there’s a clear divide in how swift the pace of growth is and should be.

“It’s bad news for people looking for a starter home that all the choices are disappearing,” said NAR Chief Economist Lawrence Yun. “People shouldn’t expect inventory to show up on the low end. It’s not available.”

“First-time purchasers have begun coming back to the housing market, more slowly than expected and more slowly than they have historically,” Miller said, pointing to difficulties in assessing the mortgage market as to what’s behind the slow down.

But even as builders are focusing their resources and efforts on the market’s top end, Metrostudy Chief Economist Bradley Hunter told CNBC in an interview he believes builders will soon need entry-level buyers to expand their businesses – something that’s only recently become a viable option.

“It’s been hard to do up until now because the builders are saying ‘the profit margins are so good in that move-up segnment of market, I’m going to do move up. I’m not even going to mess with entry level,’” he said.

But despite the hesitance of builders, Hunter suggested that to increase housing starts, and in turn business, they’ll soon have to turn to entry level buyers; and they’ll need to be prepared service their contemporary needs.