Chief of State, Not Chief of Housing

A new study uses homeownership rate to rank the best and worst presidents for housing…but it’s a bit more complicated than that. 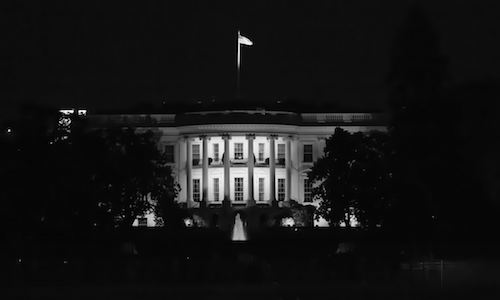 In early May, economist Roger Thomas of ValueWalk.com released an analysis (of sorts) on homeownership rates from the mid-60s until now, attempting to answer the elusive question of: which president has been the worst for homeownership?

Examining decades of Census Bureau data, Thomas aimed to dissect how homeownership rates varied from president to president. His conclusions were quick and precise, finding former President Clinton the industry’s biggest ally – considering the rate went up 5.1 percent under his administration – and President Obama its biggest adversary, as the rate has declined 5.4 percent since he took office.

However, where Thomas’ analysis falls short is in his attention to the nature of homeownership rates, which, as Jed Kolko, chief economist and vice president for analytics at Trulia, explained in 2014 article from The New York Times, can be a bit misleading.

For example, let’s examine the administration of President Ronald Reagan, who served from 1981 to 1989, during which the homeownership rate declined 2.7 percent – the second biggest drop in Thomas’ timeline. Assuming the assessment’s criterion is limited to homeownership rate, it appears Reagan is the second worst president for homeownership. When examining outliers for context, however, the reality becomes infinitely more complicated.

Moving into his presidency, Reagan faced a financial situation not totally unlike the one President Obama faced in 2009. The Iranian Revolution of 1978 had prompted widespread fear of oil shortages. At the time, the country controlled roughly 7 percent of worldwide oil production, and global oil shortages appeared inevitable. Panicked, countries began hoarding stocks of crude, and by April 1980, oil prices had more than doubled and inflation has skyrocketed.

To combat the struggling economy, then-President Jimmy Carter appointed a new chairman to the Federal Reserve, Paul Volcker, who was a staunch advocate of using aggressive monetary policy to break stagnation. Raising the Federal Funds Rate from 11 percent to a peak of 19 percent, Volker was able to curb inflation by the tail end of 1982, but not without sending the country’s economy into a decade-long tailspin that ended with one of the most significant recessions the country has ever seen, pushing down employment, confidence and, ultimately, the homeownership rate.

That’s not to say Reagan was necessarily good or bad for the country’s housing industry, but rather that the homeownership rate is, in and of itself, a flawed indicator for how a particular politician – albeit the country’s most prominent – influences the market.

Even in the last half-century or so, the ebbs and flows of the homeownership rate have been far more in line with major events tied to economic standing and opportunity than presidential terms. In the decade following the 1968 passing of the Fair Housing Act and the subsequent Supreme Court decision Jones v. Alfred H. Mayer Co., which further gave Congress teeth to regulate housing against racial discrimination, the homeownership rate increased by more than 1 percent.

The Growing Importance of Headship Rate

When President Obama took office in 2009, two years after the subprime mortgage crisis began, the homeownership rate had already been in decline for nearly five years, and unemployment was just starting to rise. Over the next few years, as families and individuals struggled to come back from financial ruin, further doubt would be cast on the relevancy of the homeownership rate as a stand alone gauge.

As Kolko explained, homeownership is a flawed indicator of market performance, because, like the unemployment rate, it fails to consider people who are no longer part of the market. For instance, a young renter who decides to move back in with their parents – which became increasingly common during the downturn – will not count in the Census Bureau’s homeownership rate; rather, they will count in the “headship rate,” which has emerged as a more accurate measurement of the nation’s housing market. It gauges not the portion of people who own a home, but the number of people considered household heads. Otherwise said, as Kolko noted, it’s the ratio of households to adults.

According to the Current Population Survey, the headship rate, which peaked in 2003 at 52.3 percent, hovered around 51.5 percent when Obama took office, and dropped to 51.2 percent by the end of his first year. The drop from 2003 to 2010 represents 2.5 million fewer households to the market. During the same time, the homeownership rate fell 3.2 percent. However, factoring in the 2.5 million who also left the market in that timeframe, the number of adults who owned a home actually dropped by 4.9 percent.

Now, with Millennials – the most populous generation in history – representing the future of the home market,  homeownership rates have become even less relevant, as student debt, shallow credit histories, and falling affordability and inventory levels continue to keep Millennials at home.

In a February report from the Fed, an analysis of adults 25 and over who still lived with their parents illustrated the trend, finding that in 2003 there were 25 states where 20 to 30 percent of 25-year-olds lived with their parents; by 2013, though, all 48 contiguous states had such rates of Millennials living at home, and for 12 states, the “parental co-residence rate,” as the Fed calls it, had exceeded 50 percent.

To determine which president was the best for homeownership would require a robust analysis involving not just homeownership percentages, but wider economic trends, as well. Suffice to say, improving homeownership is not a matter of a single piece of legislation or executive order, but rather a confluence of influential factors, such as income growth, mortgage credit availability, affordability and an overall wider array of economic opportunities.