Housing may have taken a beating during the downturn, but its reputation has recovered marvelously in the public’s eye. 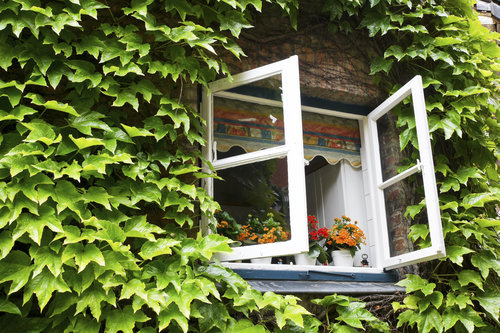 Americans consider real estate as their best long-term investment, according to a new survey by Gallup.

That’s the second year in a row that Americans have rated real estate a better investment than stocks, gold, savings or bonds, and represents a significant change from the worst years of the downturn, when real estate’s reputation with the public fell considerably.

Here is a graph we put together showing Gallup’s findings: 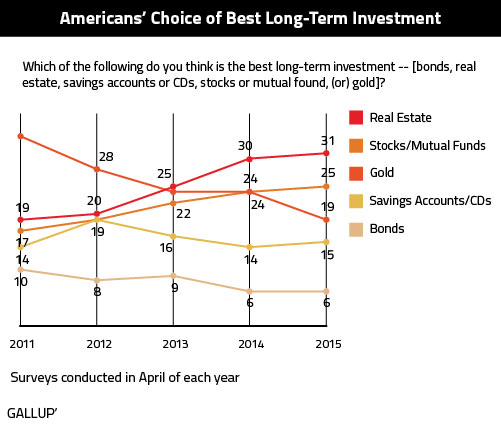 Call it “the comeback investment.” As our graph shows, 31 percent of Americans consider real estate their best long-term investment, up 12 percentage point (or 63 percent) from 2011.

Though we’ve been reporting recently on the lingering effects of the recession that depress economic activity and hold housing back, such an increase in consumer confidence is undoubtedly an encouraging sign, and that’s a sentiment widely shared; as Gallup reported, all major gender, age and income groups chose real estate as their favorite long-time investment.

“Real estate took a pounding in home values and consumer confidence after the subprime mortgage crisis that started in 2007 spurred the financial crisis of 2008, deepening the 2007-2009 recession,” Gallup stated. “A return of Americans’ confidence in real estate and stocks as solid long-term investments was first evident a year ago, paralleling real world improvements in these areas. Their continued strength this year indicates that was no fluke.”

Obstacles definitely remain for housing, especially when it comes to wages, savings and student debt, but given what an important financial decision homeownership is for most consumers, a bolstering of confidence is a good sign.