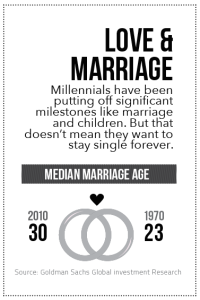 More than one-third of Americans, aged 18 to 34, would rather sign on the dotted line before tying the knot.

The latest statistics show many Millennials prioritize homeownership over marriage as the average cost of a wedding continues to drastically increase.

But choosing to get a mortgage instead of a wedding certificate is not without its own risks, a new Redfin report warns.

Approximately 38 percent of American Millennials said they would, or have, put off a wedding or honeymoon in order to buy a home.

That isn’t too surprising, given that the average cost of a wedding in the U.S. hit an all-time high of $29,858 last year, according to TheKnot.com. That’s enough for a down payment on a house, especially given Fannie Mae and Freddie Mac’s new 3 percent down programs.

Clayton Jirak, a Redfin real estate agent in Chicago, said that many of his Millennial-age clients are delaying marriage to lessen the financial burden of paying for a wedding and a home within the same year. “This is becoming a popular option for couples who are prioritizing homeownership over marriage,” he said.

However, borrowers should consider the commitment homebuying entails when choosing to get a mortgage.

“Breaking up is hard to do, but splitting financial assets makes it even harder, especially considering the fees and closing costs that are associated with buying and selling a home, which, if done too soon, can wipe out all the equity accumulated,” said Redfin Chief Economist Nela Richardson. “A house, for most people, is a long-term asset, which it should be if you are looking for a return on your investment.”

Redfin explained that in the first few years of buying a home, the bulk of the monthly payments go toward interest, not principal.

As a result, most people will need to stay in their home for at least five to seven years before it makes financial sense to sell. Getting married, during those early years of the mortgage, could create a desire to move up the property ladder or to move to a new city for better work. Trying to get out of the mortgage, in those cases, could prove a drag on the bottom line.

What’s more, housing becomes a whole different issue in the case of divorce. According to the Centers for Disease Control and Prevention, 27.4 percent of couple who cohabitate before marriage break up by the third year of living together. 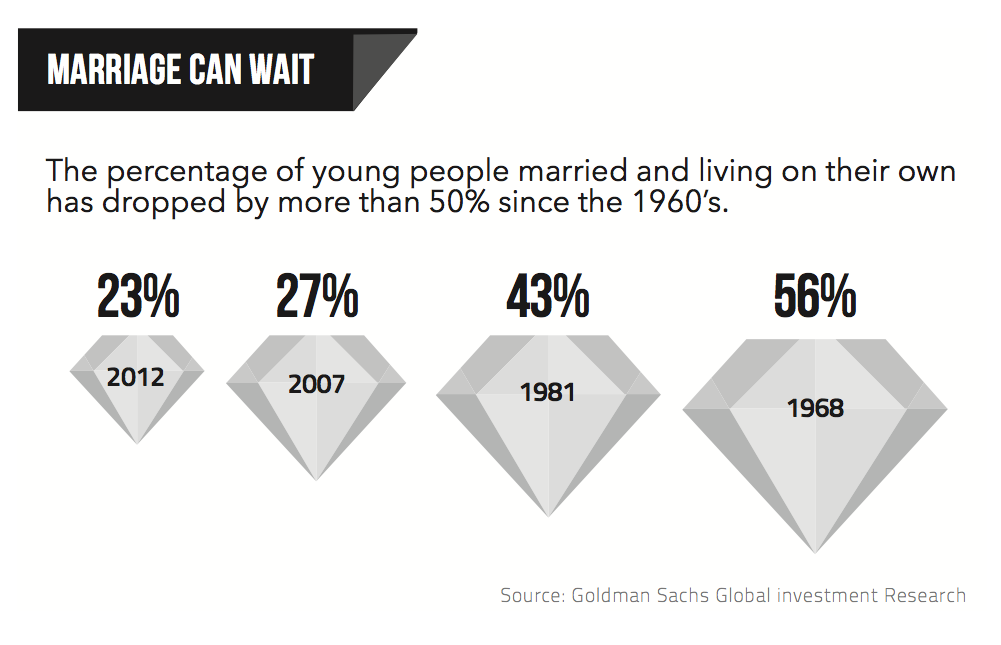