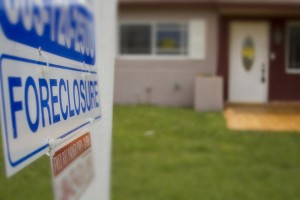 Is the nation’s foreclosure market improving? Between CoreLogic’s latest National Foreclosure Report and the Mortgage Settlement, the answer seems to be encouraging.

Completed foreclosures declined 17 percent year-over-year in October, as the strengthening housing market and the National Mortgage Settlement continue to improve the mortgage market.

According to the latest National Foreclosure Report from CoreLogic, in addition to the aforementioned yearly declines, completed foreclosures also fell 25 percent from September. Since September 2008, when the financial crisis began, roughly 3.9 million foreclosures have been completed.

Though that may not seem very impressive, Mark Fleming, CoreLogic’s chief economist, pointed out that year-to-date trends for the foreclosure inventory are more encouraging, with inventory declining by 9 percent.

“This is good news for housing markets as we look forward to 2013,” Fleming said.

The foreclosure market may improve further in light of new provisions banks recently adopted from the National Mortgage Settlement.

According to analysis by Lender Processing Services (LPS), the new provisions, particularly the requirement that servicers give borrowers a 14-day written notice before referring a loan to foreclosure, resulted in a 21.9 percent decline in foreclosure starts from September to October, and a 47.8 percent drop from October 2011.

LPS notes, though, that September was the first month that lenders implemented those provisions, so it preached caution when surveying any long-term changes to the foreclosure market.

And what about your neck of the woods? Are foreclosures improving, or do we still have a little bit to go?