LifeLine Response App Aims to Save Lives with “Intellitouch” Tech 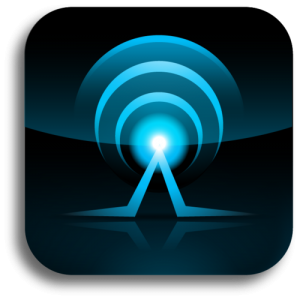 LifeLine Response is a new mobile app that uses a number of highly innovative approaches and technologies to ensure user safety.

LifeLine Response is an app for iPhone and Android smartphones that takes a highly intriguing approach to the mobile safety app marketplace, a niche in the app landscape that, as we have covered, grows more crowded by the week.

But LifeLine Response, as Clandestine Development, LLC founder Peter Cahill explained in an interview with Chicago Agent, sets itself apart from the competition in two chief areas – its use of “silent alarm codes,” and its innovative “Intellitouch” technology.

The Intellitouch feature of LifeLine, Cahill explained, is highly interactive, and purposefully so.

“We’re triggering the sixth sense,” he said. “We’re trying to make the users feel empowered and engage their hyper awareness.”

The way Intellitouch does that is fairly simple:

LifeLine Response also has a number of other features that complement its Intellitouch technology, and Cahill actually demonstrated those features during our interview with him. All LifeLine users, he said, are able to add up to seven LifeLine contacts, or, people who are immediately contacted when the LifeLine Response alarm is triggered, in addition to LifeLine’s own call center; for his demonstration, Cahill added my iPhone’s phone number and my personal email address.

Then, he did a trial run of the app, releasing his fingers from the screen, allowing the alarm to go off – an alarm, he explained, that they specifically designed to sound different from car alarms and sirens – and then quieting it with the Silent Alarm Code; within seconds, I received a text message and email that Cahill had “Activated Distress Alert.”

I was also provided with a link in both formats that took me to an interactive map that, using GPS tracking, showed Cahill’s exact location in Arlington Heights, and, perhaps the app’s most impressive feature, the phone numbers to the nearest 9-1-1 call centers; during the app’s two-year production, Cahill said, which involved not only technological tests but also academic research into criminal behavior and patterns, they successfully integrated the phone numbers of every 9-1-1 call center in the U.S., which allows either the user’s LifeLine contacts or the verification center to use the mobile device’s GPS location and immediately notify the nearest call center.

And if the LifeLine Response user is abducted, Cahill said, that interactive map will not only follow the user, but will also calculate how fast the vehicle is traveling where the user is located.

“There’s nothing like it on the planet,” Cahill said, speaking of the phone’s Intellitouch technology and call-center/GPS database.

LifeLine Response is available for two pricing options. Users can either pay a $3.99 monthly subscription or a yearly subscription for $21.99. The competitive pricing, Cahill explained, is intentional. Two of Cahill’s nieces were almost abducted in Barrington recently, and several of his family members have been victims of assault and attacks. There are currently 140 million smartphones in use, and in the next two years, Cahill said that number is expected to more than double to 300 million. With his app being as accessible as it is, and with so many smartphones being utilized, Cahill said LifeLine can make a real difference.

“I believe I can stop these attacks from ever taking place,” he said; and though LifeLine Response has been on the market for less than two weeks, it has already saved two potential victims, one in Charleston and another in Columbus.