MRED in Negotiations with Zillow on Direct Feed, with Comments from Russ Bergeron, CEO of MRED 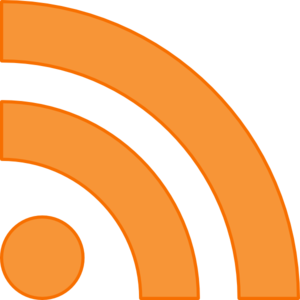 According to MRED's CEO, the MLS has been in talk with Zillow about a direct feed to the site.

Zillow was in the news yesterday when Inman News reported that the syndication site had contacted 50 or so MLSs at the end of June about establishing direct IDX feeds. Though Zillow maintains secondary feeds through ListHub, which initially receives property data from nearly 200 MLSs, the email from Zillow Vice President of Partner Relations Bob Bemis indicated the site is looking to receive the information directly from the MLSs and eliminate any gaps between MLS updates and Zillow’s listings.

Zillow’s new strategy got us wondering about MRED’s relationship with the site (especially in light of its recent agreements with Trulia), so we talked with Russ Bergeron, MRED’s CEO, for some perspective.

MRED, Bergeron told us, was not contacted by Bemis because the MLS has been in discussions with Zillow about establishing a direct feed with the site.

“We are currently negotiating a deal with them to do this for our brokers who choose to do so,” Bergeron said, adding that regardless of the site, MRED does not feed any broker’s listings to any site unless he or she directs MRED to do so and opts-in to the feature; thus, rather than operate under the presumption that the listings are sent, the broker directs the process.

Such a deal would not be new for MRED. In addition to MRED’s aforementioned arrangement with Trulia, Bergeron said they have had a similar deal with Realtor.com for years, and currently 95 percent of MRED’s brokers’ listings appear on the site (compared to 80 percent on Trulia and 85 percent on Zillow).

Ultimately, Bergeron said the consumer benefits the most from MLSs working with syndication sites.

“The big saying these days is that the consumer is king, and in this case they are kings of their respective castles,” he said. “And all of us – MLSs, brokers, agents, public site purveyors – need to be focused on making them happy.”

MRED’s most recent step in that goal of happiness, Bergeron said, is working with other MLSs on establishing a “seal of approval” that would appear on listings on other sites. Called sourceMLS™, the badge would notify the consumer that the site they are visiting contains information directly from the MLS, and as such, is timely and accurate.