The FHFA Envisions a Post-GSE World 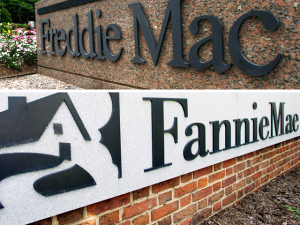 FHFA Acting Director Edward DeMarco released a broad plan to Congress for phasing Fannie Mae and Freddie Mac out of the mortgage markets.

In his letter to Congress, DeMarco emphasized an orderly contraction of the GSEs’ business, especially considering the gargantuan size of the firms.

“No private sector infrastructure exists today that is capable of securitizing the $100 billion per month in new mortgages being originated,” DeMarco wrote, according to a HousingWire piece. “Simply shutting down the enterprises would drive up interest rates and limit mortgage availability.”

So instead, DeMarco suggests that the secondary market, which regularly trades mortgage bonds, should trade private-label, residential mortgage-backed securities beyond what the GSEs offer in a transparent way that is accessible to both mortgage servicers and bond investors.

“The absence of any meaningful secondary mortgage market mechanisms beyond the enterprises and Ginnie Mae is a dilemma for policymakers expecting to replace the (GSEs),” the letter states. “Without an alternative market infrastructure that investors could rely on, new mortgages would have been largely unavailable if the Enterprises suddenly had been shut down.”

So in short, DeMarco’s plan would gradually phase out what Fannie and Freddie do – selling mortgage-backed securities to investors to fund mortgages – by placing such securities on the secondary market and using other entities to facilitate the necessary trading.

According to a Wall Street Journal report on DeMarco’s plan, the acting director is being realistic about the plan’s timeline.

“This is going to take some time to do,” he said.

But DeMarco may have bipartisan support on Capital Hill for his proposal. The Journal also reported that Scott Garrett, a Republican representative from New Jersey who is often involved in mortgage-related matters, said in a statement that DeMarco’s plan tracks “closely to the ideas I have been championing for years.”