Use Intuition to Enhance Your Professional Success

Ask any successful person what process he or she uses when making decisions, creating new ideas and strategies or how to get people to take action. The answer you’ll hear most often is intuition. Called by other names, such as gut feeling, a hunch or even a guess that seems to come out of nowhere, intuition is usually the real explanation for all those educated guesses that almost always seem right.

Unfortunately, many people are afraid to trust their intuition. After all, people perceive the business world in black or white, and hunches and guesses fall into that fuzzy gray area. In reality, though, you use your intuition every day in matters you likely take for granted, such as what tone of voice to use in a particular situation or how close to stand when meeting someone new. Your subconscious processes these decisions at a speed much quicker than any supercomputer ever could. This is your intuition at work.

In the real estate world, using your intuition is most important when you’re communicating with others; whether you’re addressing your managing broker at a morning meeting, talking one-on-one with a fellow agent or letting a client know that a deal fell through. Those you’re communicating with need to feel that you understand where they’re coming from and what challenges they face. If you go into the interaction with a planned script of what you’re going to say or how you’re going to deliver a certain piece of news, you’re making yourself vulnerable. Sure, you may think that going from point A to point B to point C seems safe, but the moment someone throws you a curve ball with an unexpected question or statement, you’re likely to say the wrong thing and hurt your credibility. It’s during those times that you need to listen to and trust your intuition most.

Of course, this notion of intuition means you need to throw away the real estate 101 textbook and go with your gut feelings during interactions. Doing so can be scary  there’s a risk when you stretch yourself, but the rewards are enormous. Those you are talking with get more out of the interaction because they don’t have their guard up and are in the zone with you. They can sense that you’re in touch with their needs, creating a synergy between them and you that enables them to truly understand your message and apply it. When you’re able to communicate in a way that gets people to take action, your professional status is greatly elevated. It also helps to deepen the bond you have with your clients, leading to successful sales and additional referrals.

Intuition honing techniques
All rewards in life require an investment. As is often said, You can’t get something for nothing. When it comes to optimizing your intuition, the same holds true. If you are willing to keep an open mind and put forth the time and energy to hone your intuitive skills, you’ll find your life to be more focused and successful. The following suggestions will help you tap into your inherent intuition so you can reap all its rewards.

Focus on what you hear
Using your intuition means paying attention to the things that go on around you. Unfortunately, many people today are over-stressed and over-extended, and as such they simply don’t listen. Their minds are racing with so many thoughts that they never really focus on what’s going on around them, much less the person or audience they’re speaking to. To train yourself to stay focused and aware of what’s going on around you, repeat, in your mind, what other people are saying. Echo their exact words mentally. Doing so will bring you right into the moment and force you to really listen. After a short while, staying present will become second nature and you’ll be one step closer to better utilizing your intuition.

Focus on what you don’t hear
Science has established that only about 19 percent of communication between people is what they say. And while words are certainly important, more often the tone, accent or timbre of someone’s speech, as well as a person’s body language, is a better gauge of what’s really going on.

Elite gamblers know this fact well. Even if they’re dealt a bad hand, after observing their opponents body language, they often decide to stay in the game. They tap into their intuition to assess just how bad their cards really are as opposed to their opponents’ hand. By doing so, the odds are on their side. Therefore, watch the people you’re talking with and observe the subtle clues their body language gives you. How are they standing or sitting? Are they looking at you or are they focused on something else? Are they yawning or fidgeting in their seat? All these are clues that can signal your intuition and tell you how to respond.

Become a people watcher
Observe people standing on street corners when they are stopped from crossing due to traffic. Look at everything about them: their clothes, their demeanor, what they’re carrying, etc. Then, try and predict which way they will continue. Will they go straight across the street, or are they about to turn and change directions? Also attempt to anticipate what stores or buildings they will enter. Often, people give clues as to their destination, and your intuition can help you pick up on these clues.

Use games as intuition-boosting experiences
Honing your intuition can be as simple as a card game. Remove three playing cards from a deck and lay them face up on a table. Make sure the cards are as different from one another as possible. Ask someone to look at the cards and mentally pick the one that seems most interesting to them. Then you do the same. You’ll be surprised how often your intuition will guide you to the same choice. As you get more accurate, increase the number of cards you use. Similarly, when you’re in a new environment, such as a new restaurant or store, ask someone you’re with to look around and mentally focus on something they see. Then you do the same. Again, your intuition will often guide you to the same choice.

Use every day as an intuitive challenge
Intuition is definitely not a foo-foo soft topic that has no place in the business world. In fact, intuition is one of the most powerful tools you have to get ahead, gain credibility and motivate others to take action. Remember that other people can be a rich source of hidden information. Just as gamblers have learned that poker isnÕt just a card game but rather a people game, you, too, can increase your awareness of things around you when you practice these intuition-honing exercises. The more you invest in your intuition, the more youÕll trust yourself in any situation. Only then will you become confident in every decision you make and interaction you have, both in your personal and professional life.

For more than 25 years, Jon Stetson has observed people’s patterns and stepped inside their heads to really know what they’re thinking. The Stetson Experience offers a connection between mind, mirth and mystery, entertaining groups that include President Bush, Donald Trump and CBS TV. For more information, contact Stetson at JonStetson.com. 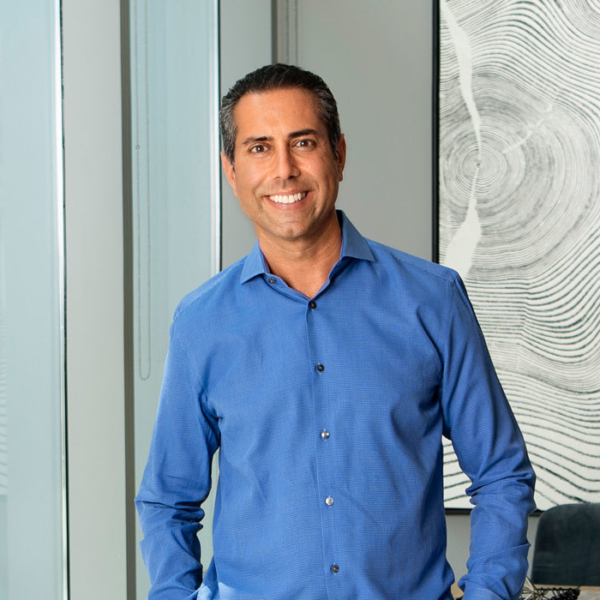