It’s going to be a long road to recovery for the housing market, but some states are beginning to see substantial week-over-week gains on housing purchase applications and others are already experiencing increases over 2019.

That’s according to economists with the Mortgage Bankers Association, who discussed the issue at the group’s Market Outlook forum, held virtually this week.

“One of the most significant trends that jumps out at us is that you have large states like New York, Florida, Georgia and California, that did show earlier signs and more severe signs of the impact from COVID-19 and are now starting to see some large week-over-week gains,” said Joel Kan, associate vice president of economic and industry forecasting for the Mortgage Bankers Association. 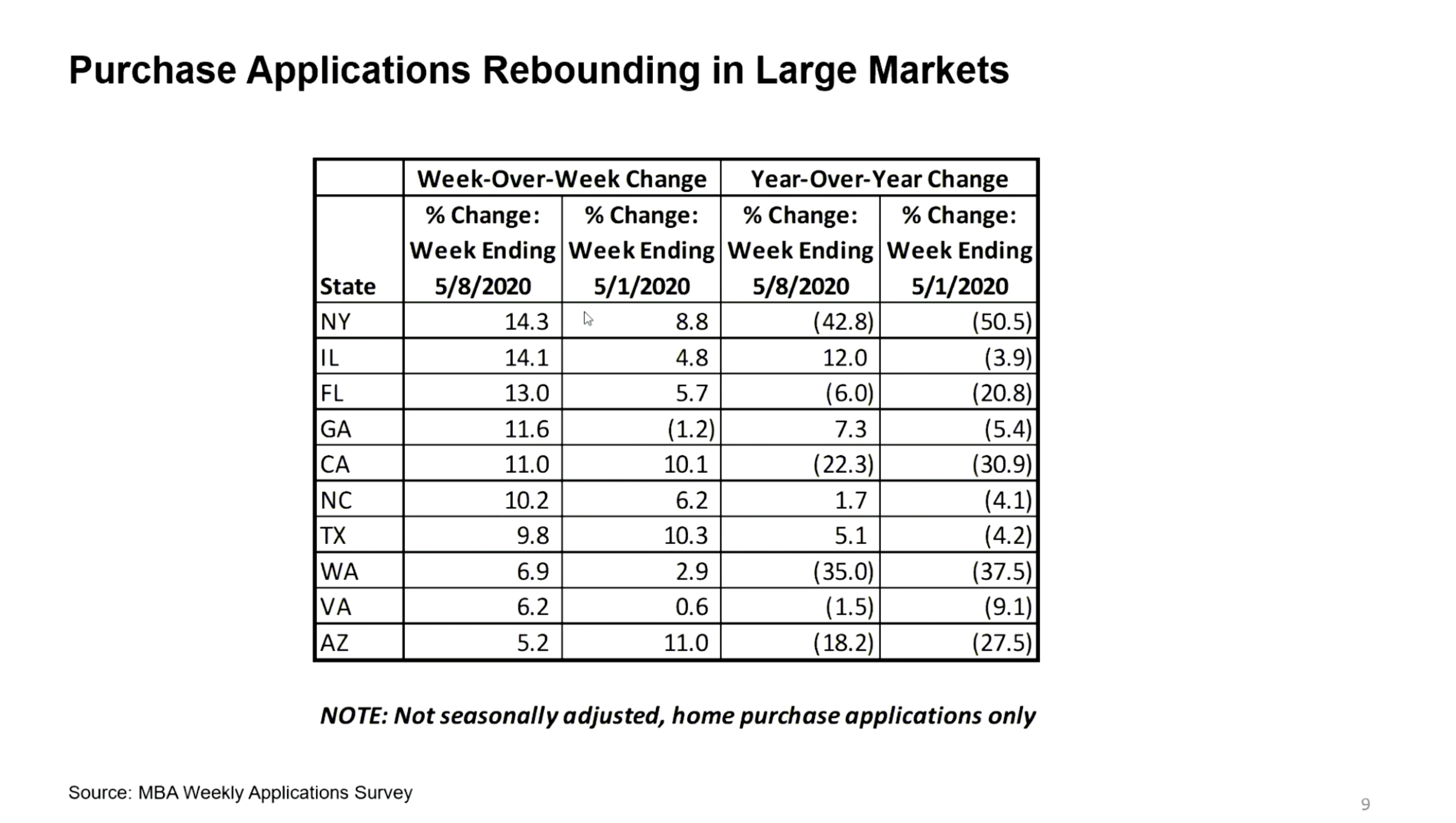 In the first week of May, purchase applications were up double digits in seven states: New York and Illinois by 14%, Florida 13%, Georgia and California 11% and North Carolina and Texas 10%.

“Some of these states are still down on a year-over-year basis, but we are also starting to see year-over-year gains in places like Illinois, Georgia, North Carolina and Texas,” he added. “Again a sign that we have seen some re-emergence of housing activity. This might be a step in the right direction for now. It’s still early to tell, but nevertheless these are encouraging signs.” 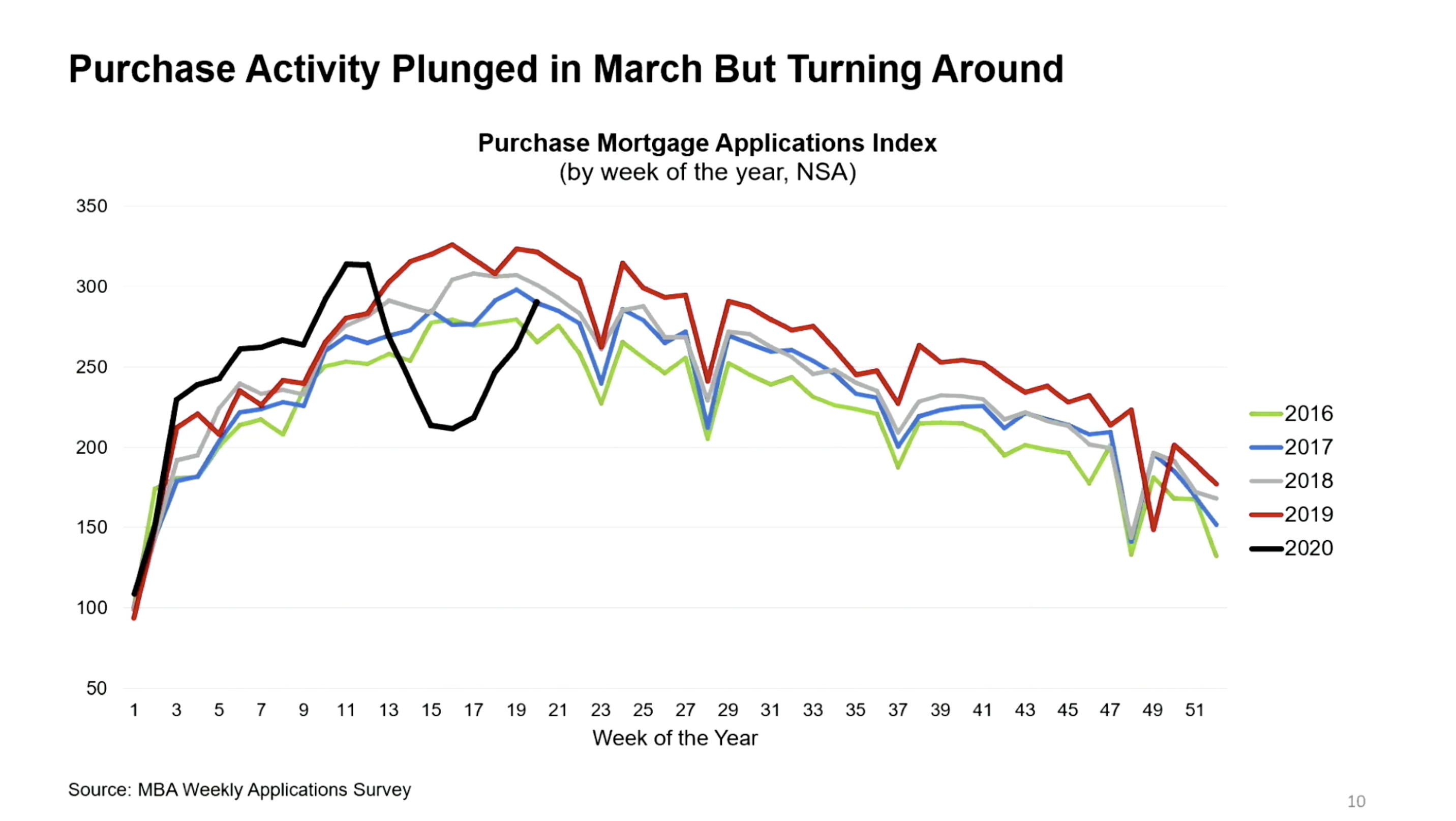 Still, Kan cautioned members to expect a weak real estate market through most of 2020 with a pickup near the end of the year. “This is not to say there isn’t going to be an impact on the market,” he said. “As states reopen and things start to pick up, we do expect some recovery there and for the housing market we do expect a pretty rapid turnaround as a lot of this pent up demand comes back online, comes back into the market and you see home purchases and broader housing activity recover.”

Kan noted that, while historically low interest rates are attractive to homebuyers, credit is tightening. “We expect further tightness there in terms of higher credit score requirements, fewer jumbo products available on the market and even some credit overlays in the government space,” he said. 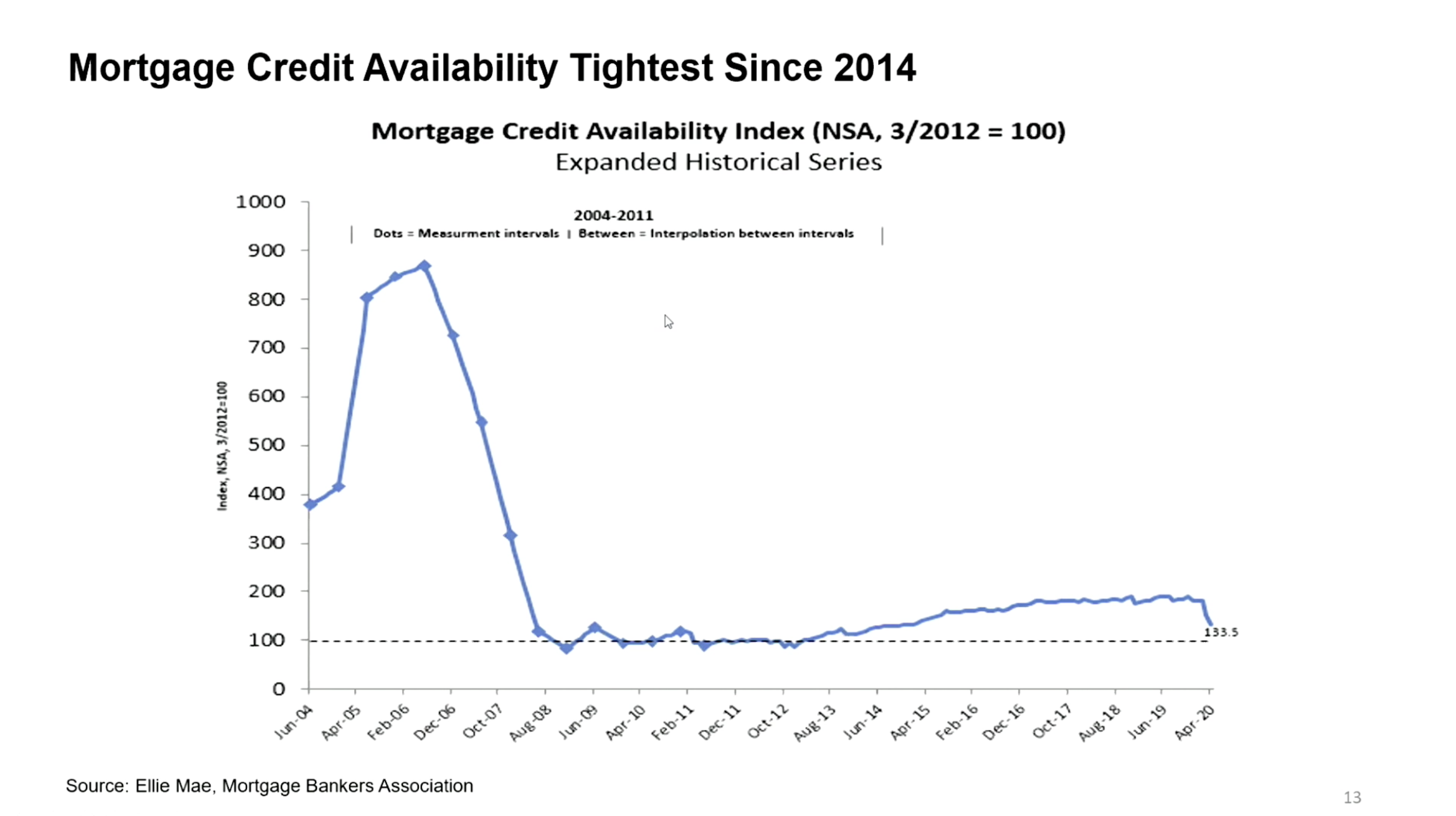 Michael Fratantoni, MBA’s chief economist and senior vice president of research and industry technology, said 2020 is going to be “an incredibly tough year” with unemployment projected to average 12% and the gross domestic product expected to fall approximately 9%.

He said mortgage rates will likely average about 3.4% and not rise much higher over the next couple of years.

“There’s certainly room for error on both sides of this. If it’s a U-shaped — instead of V-shaped — recovery, expect rates to go lower,” he said. “On the other hand, if this reopening is successful, given the amount of debt that’s being sold by the Treasury to support this fiscal policy action, there is a risk that rates will go up faster than we’re showing.” 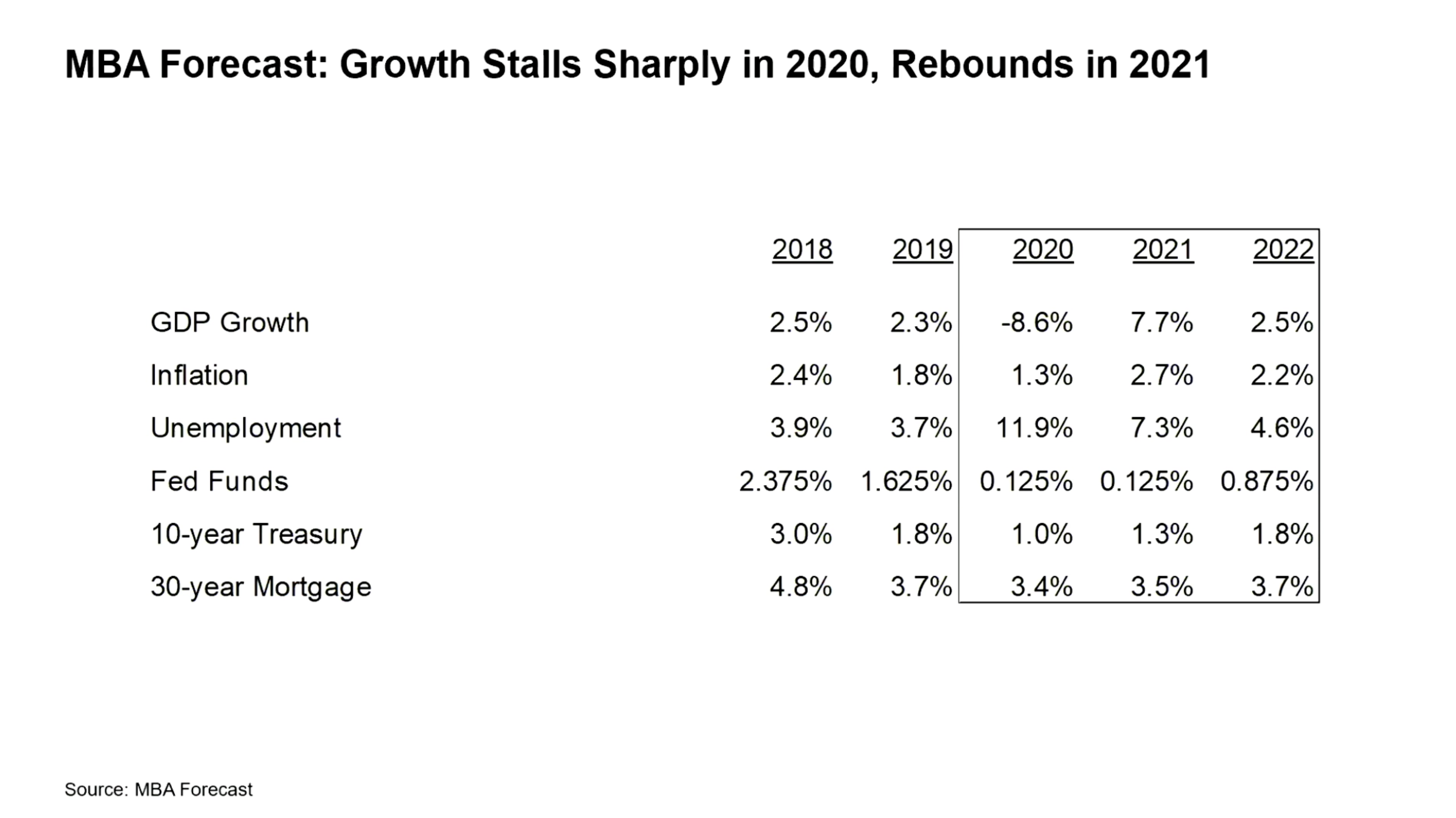