With population decreasing statewide, it may not come as a surprise to learn that the new construction industry in Illinois has not been on par with other states across the country. But the idea that 2019 saw Illinois sink to nearly the bottom of the pile when it comes to new building activity might be a bit more of a shock. 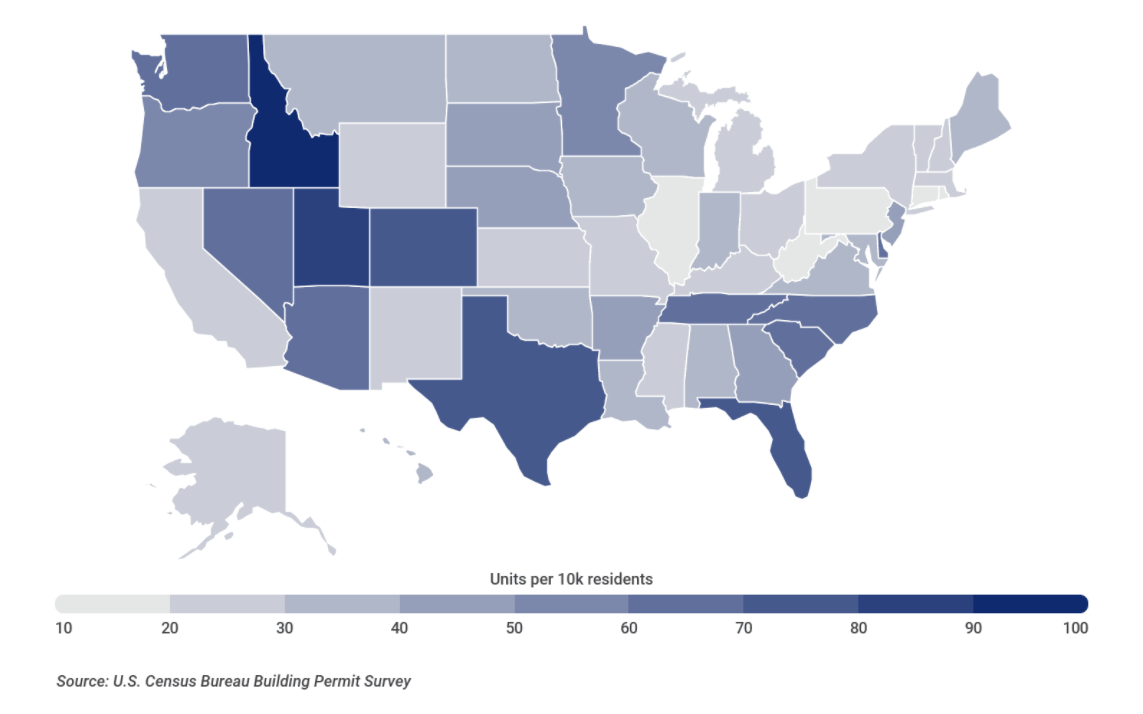 Still, that is indeed the case according to Construction Coverage, a site that provides research and reviews for the building trades. The firm analyzed building permit data from the U.S. Census Bureau to determine the number of new housing units per 10,000 residents in each state and found that in 2019, Illinois was second only to Rhode Island in terms of its new construction per capita. In 2019, 16.4 new housing units were built for every 10,000 residents, for a total of 20,917. Across the U.S., the same houses-to-people ratio stood at 41.9.

The national data does show a slowdown too, but that’s been more gradual. Researchers found the figure of new housing units per capita is still increasing across the country, but at a much slower pace than it once was. The change in new housing units per capita between 2018 and 2019 was just 2.5% — a significant slow-down when one considers that, between 2010 and 2018, the average annual growth rate in this figure was 9.2%.

Researchers noted that population levels drive much of these new-construction decisions. While the national 5-year population growth was 3.5%, Illinois saw a decrease of 1.1% over the same period. “States in the South and West, which have experienced above-average population growth in recent years, are investing the most in new housing. New residential construction per capita in Idaho and Utah, in particular, exceed the national rate of 41.9 units per 10,000 residents by more than 100 percent,” the researchers noted.

One metric where Illinois beat out the national average was in housing density. While 56.9% of new residential construction in Illinois was multifamily in 2019, the figure for the entire country on that metric was just 37.7%.

Of course, this data reflects the state of the local construction industry before the outbreak of the COVID-19 virus. While construction is generally classified as an essential business and is being allowed to continue despite various “remain at home” orders across the country, there’s little doubt the sector will be impacted by the coronavirus pandemic.