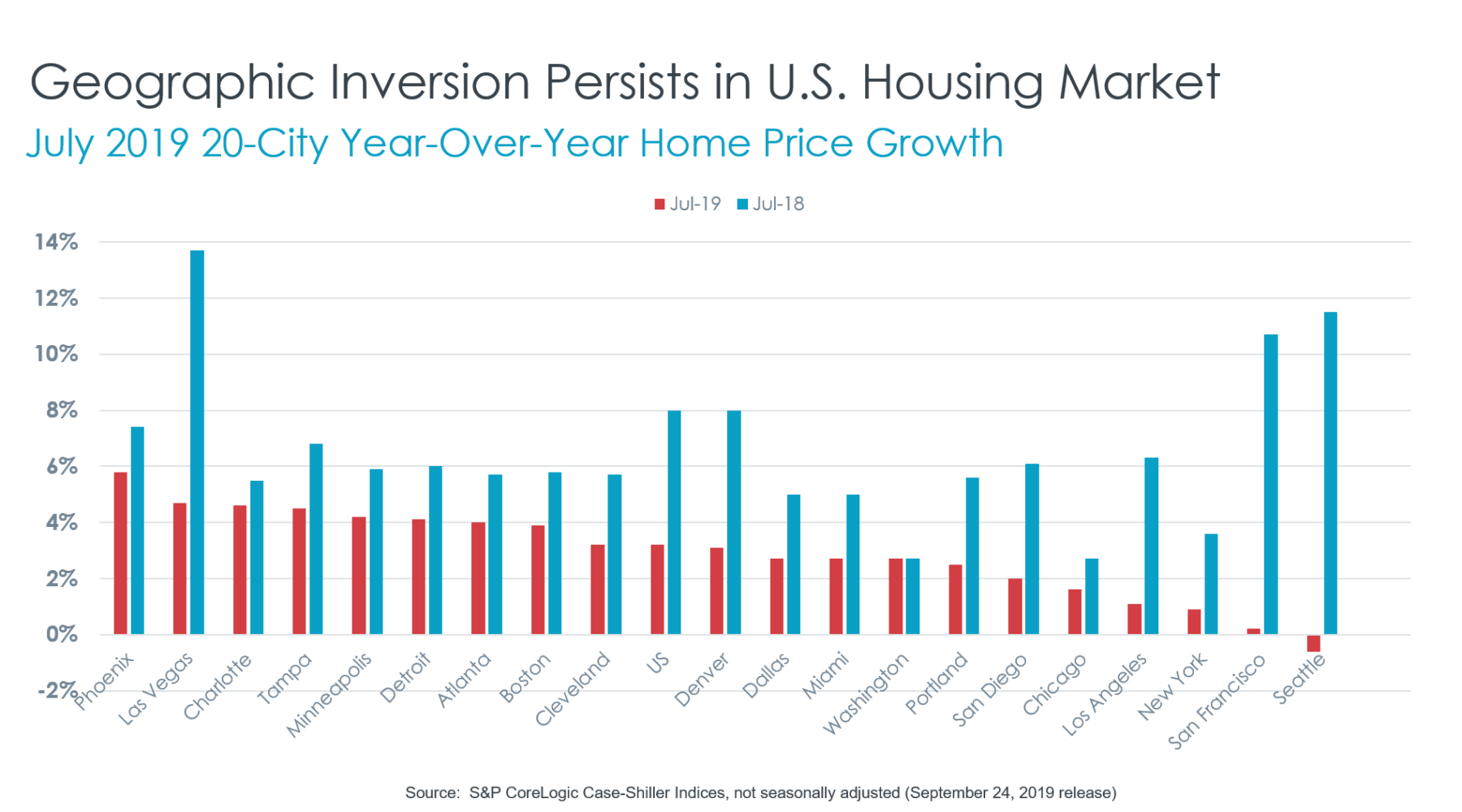 Still, the reading marked the first sign of housing market stabilization in more than 18 months, and the report revealed a continued strengthening of geographic inversion in home price growth. Pacific markets constituted half of the 10 markets experiencing the slowest home price growth, while Southern and Midwestern markets made up half of the 10 markets with the fastest growth.

It was welcome news for homeowners in second-tier markets, where home prices have recently struggled to rise above inflation, according to researchers.

“The geographic flip-flop of home price growth has cemented itself strongly across the country. Pacific markets are now making up a majority of housing markets with the lowest price growth, while second-tier markets in the South and Midwest continue to lead the country,” said Dr. Ralph B. McLaughlin, deputy chief economist and executive of research and insights for CoreLogic. “This is a result of years of unprecedented yet unsustainable growth along the West Coast combined with stubbornly solid economic growth that is benefitting areas initially left out of the recovery from the Great Recession.”