Issues that keep coming back from the dead

Lobbying is an association task that can sometimes seem invisible. After all, often the best-case scenario is one in which nothing happens: A bill or tax increase that would hurt members or the industry never makes it to the debate stage because government affairs professionals took the time to sit with legislators and other stakeholders to explain the ramifications it could have if it went any further.

Jon Broadbooks, vice president of communications for Illinois Realtors, estimated that the association looks at more than 2,000 bills every legislative cycle to gauge their potential impact on the real estate industry. “You literally have to go through every single bill,” he said, noting that sometimes unintended consequences can crop up in proposed laws that have nothing to do with real estate. “You never know what can come up… We have the known issues, but there are always the unknowns.”

However, many of the issues government affairs professionals deal with are perennial ones that keep coming back from the dead. One of these zombie issues is rent control. In fact, the local real estate industry has already fought off an attempt to institute rent control this legislative session. That particular bill didn’t make it out of committee, but Illinois Realtors Deputy CEO Jeff Baker expects more of the same in the near future. “It’s a multiyear battle, from our point of view,” Baker said. “It’s one we anticipate having to deal with in 2020.”

Though many in the real estate community understand that rent control often fails to achieve its goals, Baker noted that the issue has good branding on its side, which is why it keeps coming back. “It’s got one of those names that sounds like it should make sense. …Rent control sounds like something that works,” he said. “But if you look at almost anywhere it’s been implemented, it does the exact opposite as what the name suggests.”

The topic of rent control has the added benefit of good timing. One of the biggest issues facing housing across the country is affordability, which is an issue Illinois Realtors is planning on tackling this year. Baker noted that one potential source of low-hanging fruit is evaluating the failures of past programs seeking to boost affordable housing.

“It’s not a new subject. There are lots of different proposals out there,” Baker said, noting that even with existing grants, loan programs, mortgage reforms and the estimated $230 million in government spending targeting housing affordability authorized in the last legislative session, the issue still looms large. “Part of the hurdle is figuring out why some of these programs haven’t worked. Why aren’t they being used?”

Another issue that Illinois Realtors has recently fought off and plans to tackle again is a real estate transfer tax. Earlier this year, Realtors worked to end a proposal to increase real estate transfer taxes from $1 to $3. But in her State of the City address last month, Chicago Mayor Lori Lightfoot revived the issue, reiterating her support for such a measure to help plug the city’s estimated $838 million shortfall for 2020.

Baker said he’s not sure if the mayor plans to tackle the issue through a local referendum or by taking her proposal to Springfield, but they plan to fight it either way. “Anything that discourages the free transfer of real estate is bad policy,” he said. He noted that traditionally, such transfer taxes might be used to fund real estate-related measures, while in the mayor’s proposal, it’s to fill an existing gap in the general fund. “It’s not going to housing-related needs, which there’s a verifiable need for right now.”

Broadbooks added that the mayor’s proposal to increase taxes starting with homes valued at $500,000 will scoop up a lot of average Chicagoans, rather than mansion owners the city may wish to target. “The median price for a home in Chicago is around $306,000,” he noted. “You don’t have to go too far north of that to hit $500,000.”

One last blast from the past that will be occupying the government affairs team at Illinois Realtors over the next few months is the recent update to real estate license law. While the amended regulations were technically effective the moment the governor signed them into law this summer, there is still more work to be done to implement certain provisions. In particular, the changes to post-licensure education require the creation of new courses. “The law is changing on some very high-profile topics,” Baker said. “We’re in the process of working on new regulations to accompany that.” 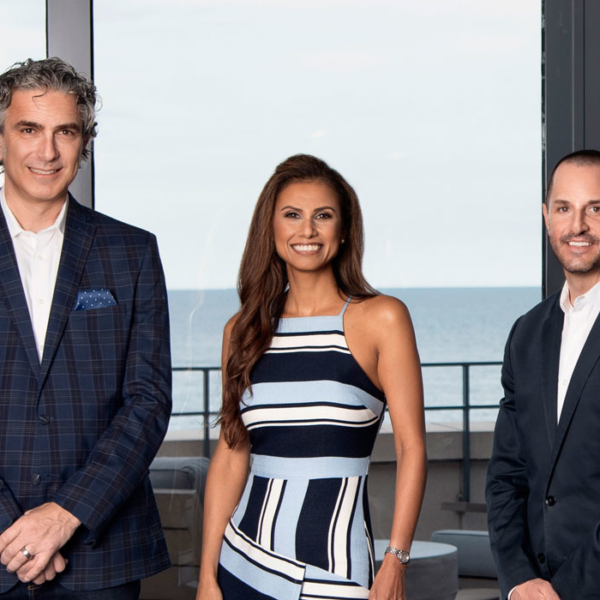