Homeowners say buying ‘made them a better person’

Money can’t buy happiness, right? Well, maybe it can — as long as what it’s buying is a home. 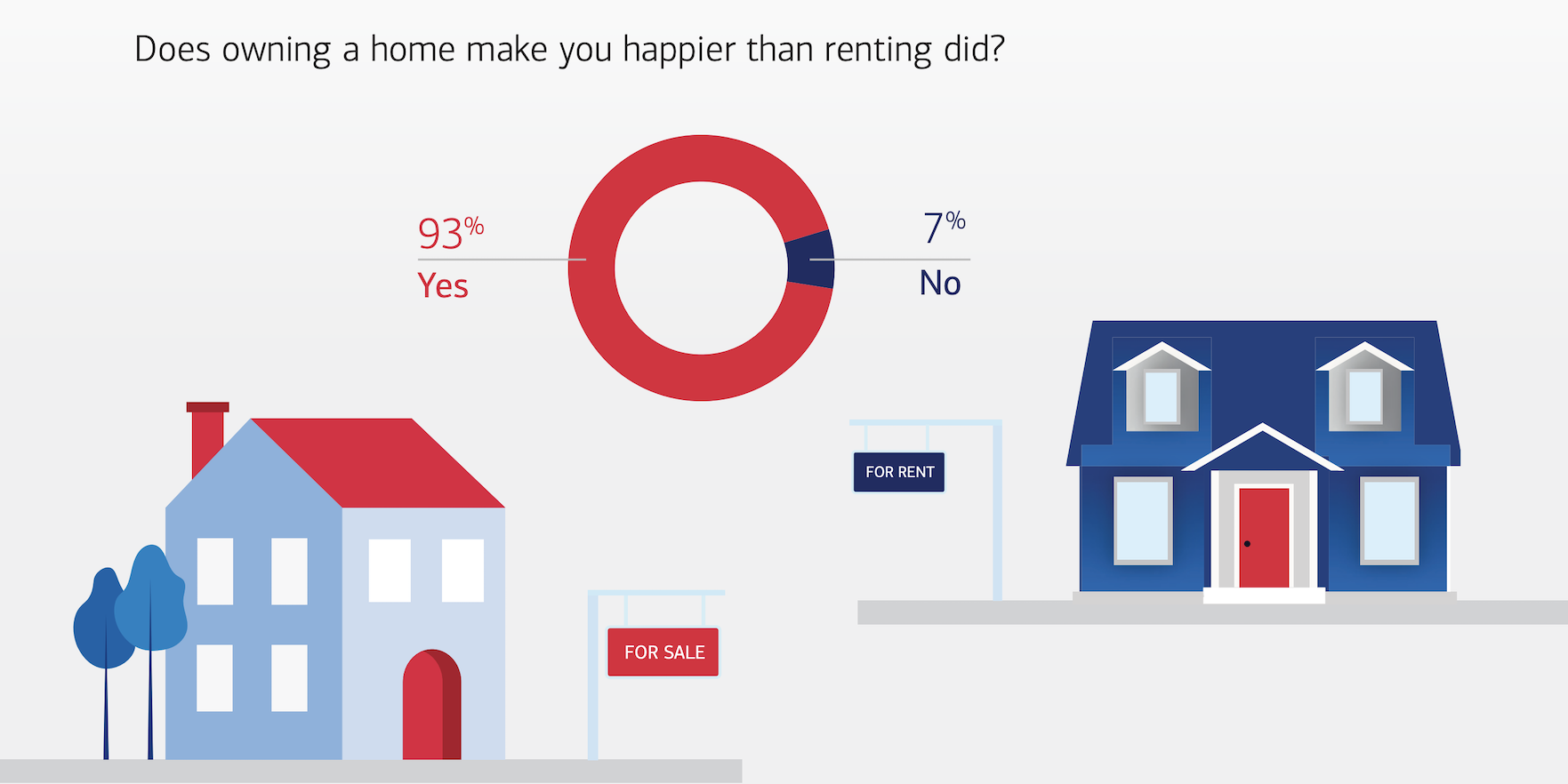 That’s the takeaway from a new report from Bank of America based on a survey sent earlier this year to 1,919 adults who own a home or plan to buy one. It found that 93 percent of homeowners surveyed said that owning a home makes them happier than renting made them, and a solid majority — 83 percent — said they couldn’t return to being renters.

It goes even deeper. Over three-fourths of survey respondents reported that being a homeowner has “made them a better person,” with about the same proportion saying that they’ve taken up new hobbies since closing on a home, like gardening, grilling and interior design. Connections with family and loved ones were also cited as improving with the purchase of a home, with about two-thirds of respondents reporting benefits in this realm of their lives.

In all, 88 percent of those who responded to the survey reported that buying a home was the best decision they’ve ever made.

“We know how much homeownership means, and we see examples every day of how owning a home gives our clients the power to build personal wealth and make memories,” said Bank of America head of consumer lending D. Steve Boland.

The second part of that quote, the survey results indicate, trumps the first part. Over half of respondents said they valued the emotional component of homeownership, while 42 percent said they view homeownership first and foremost as a financial matter.