Redfin: Bidding wars down dramatically from a year ago 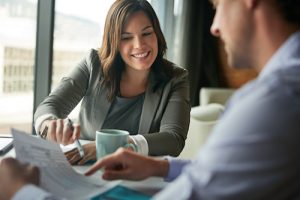 Only 16 percent of buyers so far this month faced competition, according to a study by Redfin.

That’s down from 61 percent over the same period last year, and it’s one more sign among many that buyers may be getting back into the driver’s seat as the spring selling season gets going in earnest.

The number of days a home is on the market before going under contract is another indicator of competitiveness among home buyers, and the Redfin study showed that homes sold in February spent a median of 59 days on the market nationally, two days more than last year. This is the first time February showed an annual increase in days on the market since 2011.

Price growth slowed to 4.3 percent in January, according to the Case-Shiller home price index, signaling the 10th straight month of declines nationally. This among other factors such as low mortgage rates and higher inventory levels may leave home with a distinct advantage this coming spring.

In Chicago, 11 percent of buyers had to deal with at least one competing offer in the first three weeks of March—down from 40 percent a year earlier.