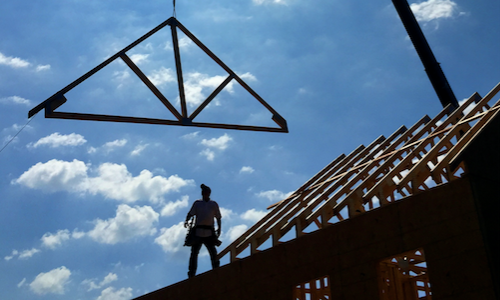 Homebuyers hoping to own a new home by summer may have to be more patient, according to a recent report by realtor.com. The seasonally adjusted numbers in the latest residential sales report released by the U.S. Census Bureau and U.S. Department of Housing and Urban Development reveal that builders obtained about 1.35 million permits overall in March to put up new homes — up 2.5 percent from February and 7.5 percent from March 2017. However, only about 840,000 permits were for single-family homes, a decrease of 5.5 percent from February.

In contrast, there was a considerable increase in permits issued for condo and apartment buildings with five or more units, a sizable 22.9 percent from February and 19.1 percent from the same month a year earlier, to reach 473,000.

In retrospect, the number of newly-completed homes hit 1.22 million in March, a 5.1 percent decrease from the prior month and a 1.9 percent increase from a year earlier.