First-time homebuyers have an easier entry into the market as the year winds down because of a market sector that is having best quarter since 2000 — despite low housing inventory — largely due to historically low mortgage rates, according to a new report. The recently released First Time Homebuyer Market Report from Genworth Mortgage Insurance for the third quarter of 2017 revealed that Q3 2017 is closing out the year strong and will set the pace for a good 2018. 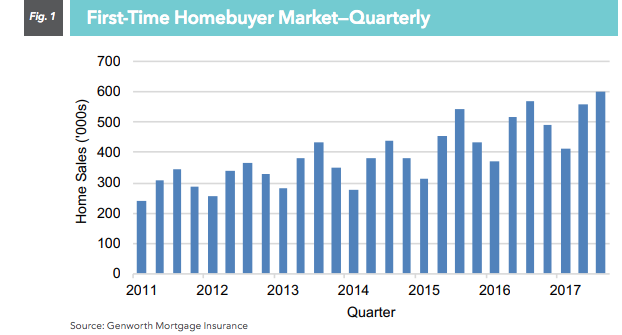 He continued that this is a major contributor to the lack of inventory the housing market has been experiencing lately.

Not only is inventory for single-family homes declining as more first-time buyers are buying them up without one to put on the market, but the large number of first-time buyers has caused a spike in prices for the homes that are available.

The study found that the supply of homes priced at $250,000 or less isn’t growing this year after increasing by 20 percent in 2016. The single-family inventory this quarter was concentrated on homes of $300,000 or more. This is projected to even further restrict housing sales and continue to push prices up, keeping the market a seller’s market going into 2018.

The supply of existing homes for sale during Q3 2017 stayed at an average of 4.2 months, down from last year’s 4.6 months. This has caused changes in mortgage rates and purchase loans.

Down payments are down 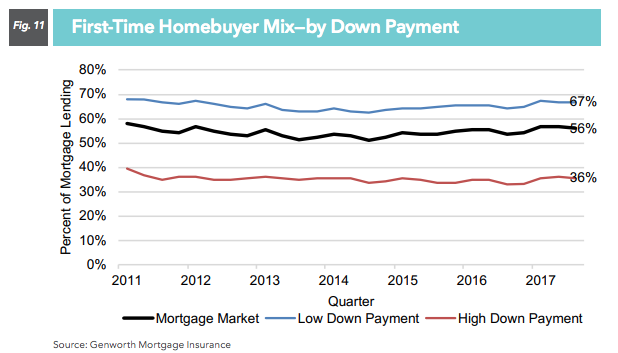 Meanwhile, government lending programs remained popular for first-time homebuyers in Q3 2017, with 46 percent of the buyers utilizing them. Government-sponsored lending programs have expanded into the purchase market in addition to the first-time buyers’ sector.