Homebuyers are prioritizing family when looking for their new homes 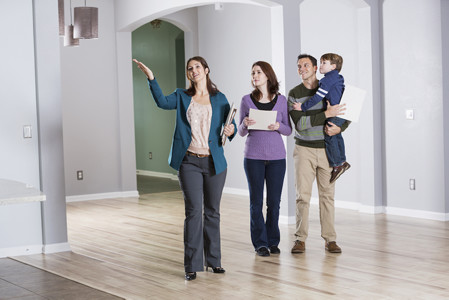 Homebuyers are focusing on family over their dream homes, according to a study from Bank of America. The Homebuyer Insights Report shows that homebuyers are prioritizing family members with around four in 10 first-time homebuyers planning to move closer to immediate family, and about 25 percent looking to move near extended family.

As for those who already live with extended family members, it was reported that the majority of the baby boomer generation do not ask their adult children who are still living at home to pay rent or bills. Of those surveyed by Bank of America, only 34 percent said yes to charging their children for rent and/or utilities.

However, results show adults living with their parents are not the only “children” who are getting their way in the housing market today. The report also found 63 percent of all homebuyers say that their children have an input on what kind of home to purchase.

First-time buyers are more likely to say their children have input with 74 percent saying minors can have a major influence on where to move, compared to 58 percent of current homeowners. One possible factor influencing these results are school districts being a factor “for the child” and not necessarily a child just getting their say. A Realtor.com report from this April showed that of all realtor.com visitors aged 35-44, 22 percent of them named the desire to be near good schools was one of their top reasons behind a home purchase. This made proximity to schools the third highest reason, trailing only “being tired of their current home” and “change in family circumstances.”

New construction sales rose 16.6% in May amid improving builder sentiment