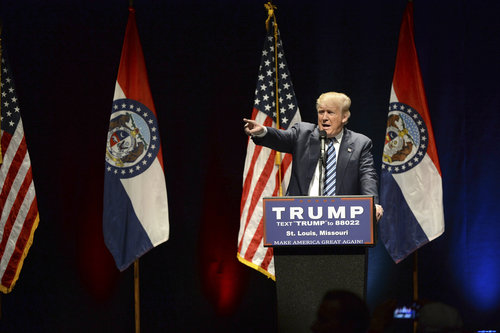 Though it would keep in place mortgage interest deductions, changes to the federal tax code proposed by President Donald Trump would hurt homeowners and the real estate industry, according to the National Association of Realtors.

NAR commissioned PricewaterhouseCoopers to study the effects of the Trump administration’s tax proposal, which calls for a reduction of income tax brackets from seven to four. Critically, the plan would double the standard deduction but would eliminate many deductions, including the local and state tax deductions. It would also eliminate the 1031 like-kind exchanges, which NAR says helps property investors.

Removing such deductions would “effectively nullify the current tax benefits of owning a home, for the vast majority of tax fillers,” NAR President William E. Brown said in a statement. In 2018, some 40 million homeowners are expected to deduct $206 billion in local tax expenses, according to NAR’s estimates.

“For a century, America has committed itself to homeownership with targeted tax incentives that help lower- and middle-class families purchase what is likely their largest asset,” Brown said. “Those tax incentives are at risk in the tax plan released today. Current homeowners could very well see their home’s value plummet and their equity evaporate if tax reform nullifies or eliminates the tax incentives they depend upon, while prospective buyers will see that dream pushed further out of reach.”

Increasing the standard deduction could equate to a tax cut for many people, but it will likely reduce the number of people claiming the mortgage interest deduction because the standard deduction would be greater, according to Trulia. That would reduce the incentive in place that helps put people in homes. Trulia estimates that 25 million fewer people would deduct their mortgage interest, which could in turn lead to decreasing demand for homes.

“For those buyers, the financial advantage of making the switch from renting to homeownership would be reduced,” Trulia reports.

As it stands, homeowners pay between 80 and 90 percent of all federal income tax, according to NAR.

“Indeed, Trump’s plan would raise homeownership opportunities for the lower and middle class taxpayers and boost homeownership in the long run, because it subsidizes taxpayers on the margin between owning and renting rather than taxpayers who can purchase a home with or without a subsidy,” Ventry said.

Pending home sales start 2020 with a bang in the Midwest

The bizarre impact of coronavirus on local home sales