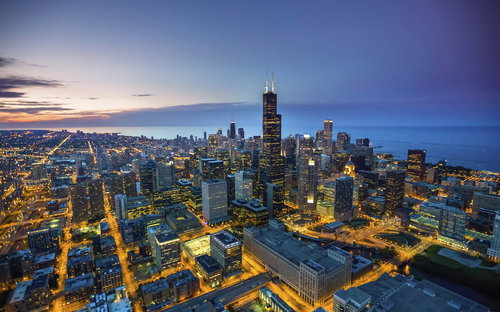 Home sales in the nine-county Chicagoland area rose strongly in November, according to new numbers from Illinois Realtors.

Geoffrey J.D. Hewings, the director of the Regional Economics Applications Laboratory at the University of Illinois, said that pent-up demand may have been unleashed after the election.

“With the election finally over, consumers appeared to have responded with a significant growth in sales (year-over-year),” Hewings said. “Supply continues to be a problem, but prices of both regular and foreclosed properties increased, and the forecasts suggest that these trends will continue into the first quarter of 2017.”

And Hewing is right about supply – Chicagoland’s housing inventory was down 17.5 percent in November.

Matt Silver, the president of the Chicago Association of Realtors, attributed the sales increase to a number of factors.

“The sharp uptick in both single family and condo home sales reflects consumers’ desire to enter the homeownership marketplace as opportunities present themselves, with the anticipated rise in rates and declining inventory boosting activity,” he said.

Growth in the suburbs

Housing was also strong in Chicagoland’s suburbs, according to numbers from the Mainstreet Organization of Realtors (MORe).

Who wants to live in the Thompson Center?