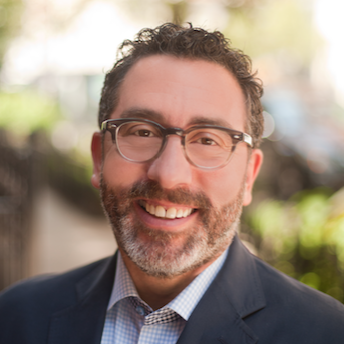 Settling a deal between a buyer, seller and their respective agents often resembles a game of tug of war. The constant pull between both sides, coupled with the volleys of offers, counteroffers and terms, can prove daunting.

Mario Greco, real estate agent and founder of the MG Group with Berkshire Hathaway HomeServices KoenigRubloff Realty Group, can attest to the myriad challenges of the negotiation process, as each one is an opportunity for tempers to flare and frustrations to rise. He recalls a recent deal on a $1.3 million home that, after a process that took more than three weeks, ultimately fell through over $20,000.

How can agents avoid “unsportsmanlike” moves in negotiations that could anger agents on the other side of the deal? After all, an agent’s allegiance is to their client, but nobody wants to risk their reputation or working relationship with an agent in their community.

When Representing a Buyer

Greco offers the following tips for agents negotiating on behalf of a buyer:

It’s worth what it’s worth – Even before negotiations start, Greco advises agents to set buyers’ expectations, noting the importance of ensuring they understand what a property is worth. “That’s a common hurdle,” he says. “If you don’t get over it initially, you really can’t get [the buyer] either a good deal or the right deal. You need your buyer to focus on the current market value – not on what a seller paid for the property.”

Nickel and dining – Agents should help buyers avoid cluttering an offer with various credits or warranties. Nickel and diming a seller, or “nibbling” away at their listing, sets a bad tone. Work to hand over an offer that is as clean as possible. “Negotiations generally go well when the initial interaction is positive,” Greco says. “If it’s not, either side gets put on their heels, and it usually doesn’t come together.”

When Representing a Seller

Always counter – Agents should dissuade sellers from refusing an offer outright. Instead, prepare a counter for every offer. “If a buyer offers me 10 percent below a legitimate asking price, and my seller says, ‘I don’t want to counter,’ I’ll say, ‘Let’s counter back with something very, very small and we’ll see if the buyer comes up,’” Greco says. “When the seller comes back with a small counter offer, you’ll know if the buyer is serious about negotiating a fair deal.”

Google the buyer – “Figure out what the buyer’s motivations are and what they do for a living,” says Greco, noting that agents can glean quite a bit from publicly available information. “If they’re financial people, I know it’s a numbers game. If they have a more creative background, it’s likely about making them feel good. So, I try to advise my client so as to cater to those needs.”

Remove emotional attachments – Never share information with a seller that is not strictly relevant to the negotiation, particularly information that can spark a gut response and get in the way of the deal. “Don’t tell them that the buyer doesn’t like their paint color or their tile, because that gets them emotional,” Greco says.

Regardless of which tactic is relevant in a given situation, Greco advises agents to always keep things professional.

“Eliminate anything that is not relevant to the negotiation, so that your relationship with [other agents] is not tarnished,” Greco says. “Many deals, frankly, come together — or don’t — because of the relationship between agents.”