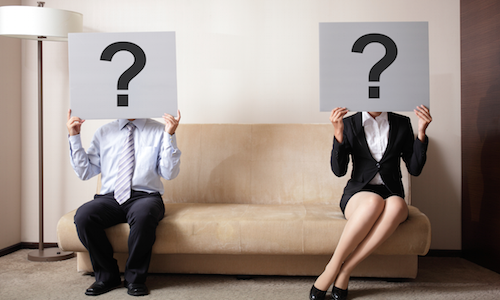 Since late May, compliance training company Morph Media has been conducting daily surveys to gauge just how ready the real estate industry is for the TILA-RESPA Integrated Disclosure rules, set to take effect Oct. 3. On several portions of the new regulations, professionals proved exceptionally well learned. However, on others, the majority was either confused or simply wrong.

We combed through Morph’s results to identify and explain four of the lesser-known rules.

1. Does TRID require a signed letter of intent to proceed?

The majority of respondents, 64 percent, aired on the side of documentation, considering that has been the theme surrounding TRID. In this instance, though, the caution is unnecessary, as the Consumer Finance Protection Bureau guidelines clearly state that consumers are able to express their official intent to proceed in any manner they’d like, from a phone call to an email. The only circumstance in which a signed letter would be required is if the lender independently requires one. Morph included in its accompanying commentary that many lenders were in fact doing just that.

2. How many days before consummation must the final revised Loan Estimate be in the hands of the borrower(s)?

The popular answer to this question was three days (70 percent), which isn’t totally surprising considering how much lip service has been given to the new three-day rule surrounding the closing disclosure. However, when it comes to the loan estimate, creditors are actually required to provide consumers four days to review the form prior to consummation.

3. Will homeowners association dues be required on the Loan Estimate?

The new TRID rules have been promulgated as a means to consolidate and simplify existing documentation, but an additional aspect of that has been transparency. The CFPB wants to make sure borrowers understand the various fees that will be required throughout the homebuying process, which is likely why 69 percent of professionals said HOA fees will be required information on the loan estimate. The opposite is actually the case.

While buyers will still need to know whether certain HOA dues will be required, the official figures are not required. Rather, creditors are allowed to provide estimated HOA fees in good faith, which includes explaining to consumers that the related charges may increase.

4. How many days do you have to correct a non-number clerical error on the Closing Disclosure?

It was another question that exposed widespread misunderstanding in the industry. In response to Morph’s question, 33 percent of respondents said 30 days, 28 percent said three days and 31 percent said 60 days, the correct answer.

The confusion is likely a result of professionals misunderstanding the slight difference in correction protocols between non-numerical and numerical errors. In its commentary, Morph uses an example of a misspelled name. If a provider’s name was misspelled on the closing disclosure, the creditor would have a full 60 days to make the correction and redisclose the form. But in the event of a numerical error, like a jumbled address, the creditor is allowed only 30 days.