The Health of New Development in Chicago’s Neighborhoods and Suburbs

Assessing the strength of Chicagoland’s new construction market is not easy, what with the many trends, statistics and studies that come out on a weekly basis.  To cut through the noise, we separately interviewed two of Chicago’s most respected new construction experts – Gail Lissner of Appraisal Research Counselors and Tracy Cross of Tracy Cross & Associates – and asked them for their take on new construction in the city and the suburbs, and where they see construction heading in the coming years. 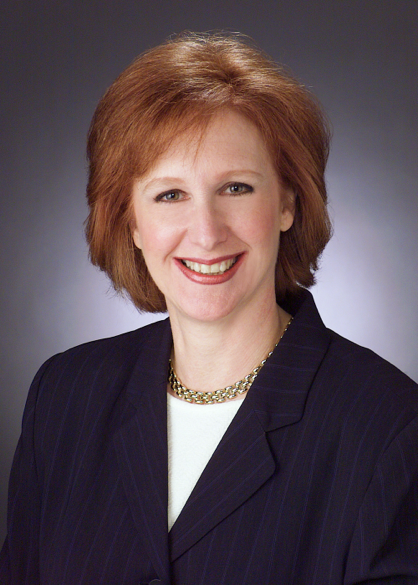 Chicago Agent (CA): What is your current sentiment towards new construction in Chicago?

Gail Lissner (GL): Over the past 20 years, Downtown Chicago has added an average of 3,100 units per year. But the market is cyclical, and sometimes the new units were heavily weighted towards condo units (like from 1999-2009) and sometimes it was heavily weighted towards rental units, as it has been for the past several years. Other times, it has been more evenly distributed between condo and rental units. Interestingly, we are adding 3,140 units this year – which is the exact average for the period since 1995. For a market of this size (120,000 units Downtown), this growth rate appears healthy and sustainable.

CA: Why do you think so much of the post-boom new construction has been concentrated in the downtown market?

GL: Quite simply, that is where the job growth has been. That is where people want to live, and the developers are reacting to that desire. Across the United States, there is a return to the cities and an embracing of the urban experience. Proximity to jobs and retail, walkability, public transportation – those are all amenities that are drawing people downtown. And the high incomes of those target renters have attracted the developers. Neighborhood development is less costly, but is restricted by the lack of sites in the neighborhoods where there is strong demand.

CA: Why has so much of that new construction been rentals, rather than condos?

Gl: There was a large amount of unsold condo inventory remaining from the pre-2008 period. Some of those units have been rented and continue to be rented, while others were marketed for sale and were slowly absorbed. There’s still an overhang of supply, although very minimal. There were also lots of other reasons besides the supply overhang: lack of buyer demand; job loss; a recession that impacted the balance sheets of many potential buyers and developers; trouble obtaining financing; pre-sale requirements; declining prices; short sales; and underwater borrowers. It is interesting how so many of those factors are no longer issues and now are just a fading memory.

Rental apartments have been lucrative for developers who have selected good sites and developed high-quality buildings. Many of these properties have been sold once construction is completed or the property is stabilized. Those developers and their equity partners have realized some healthy profits with far less risk than would have been associated with a condo development. Those profits then spur new proposals for additional development. Looking forward, we expect that there will more of a balance in the product type being delivered, as condo development again is beginning to occur, although on a very limited basis.

CA: Are you concerned that so much of new construction is geared towards luxury consumers?

GL: Luxury product is definitely the focus of developers, both in the new rental and condo buildings under development in the Downtown market.   In the Downtown market, it is hard not to build for the luxury market. Downtown rental apartment buildings are typically being constructed on sites that are expensive to acquire, with high-rise designs that are expensive to build; those factors drive up the construction costs regardless of the level of finish being desired. So many of the costs are fixed that the luxury development becomes the only kind that is feasible. The cost savings in developing a building with modest finishes or amenities are not significant enough to justify the lower rents that will be achievable under that alternative scenario.

However, developers of rental buildings are also shrinking the unit sizes in these new luxury rental buildings in order keep the unit rents at levels that will be as competitive as possible. In contrast to the shrinking of average units sizes in the Downtown luxury rental market, the average unit sizes are greatly expanding in the new condo development that is occurring in the Downtown market.  Unit sizes are averaging more than 2,000 square feet in nearly all of the new condo projects in the Downtown market that have started marketing since 2014. That average unit size is significantly larger than the average size of units developed in the prior cycle, and also translates into a per unit price that is targeting the luxury buyer with product that is different from what is already existing in the market.  Currently, the rather narrow focus of the condo development that is occurring is not seen as problematic, due to the limited amount of development occurring.

We are seeing a trend towards additional rental apartment development and condo development in the neighborhoods. These projects are smaller, less costly to build, and that will translate into lower rental rates and sales prices than what we are seeing in the luxury Downtown buildings. These new neighborhood rental buildings will still have great contemporary design, the latest features, the most popular amenities (fitness center, roof deck, areas to mingle), but they’ll be at rents below the $3 psf level.  Similarly, the new small condo buildings under development in the neighborhoods are also tending to include larger units, but similarly at prices on a psf basis that provide lower cost alternatives to the new Downtown buildings. Much of this development is being focused at or near transit hubs, allowing easy access to the growing employment downtown. The city of Chicago’s Transit Oriented Development program has been a significant factor in making development feasible outside of the downtown market.

CA: Will the city’s new regulations on affordable housing units (the ARO) have any impact on downtown construction?

GL: We are already seeing that condo and rental apartment developers are looking at developing sites under their existing zoning and not planning to enhance the density with planned developments that would trigger the affordable housing requirement. So it’s likely that in the near term we may see some less dense developments. Sites that are already entitled for residential development are more desired by developers than sites that would require rezoning. The ARO will impact land prices, as developers will need to factor in these additional expenses and will not be able to spend as much on their land acquisition.