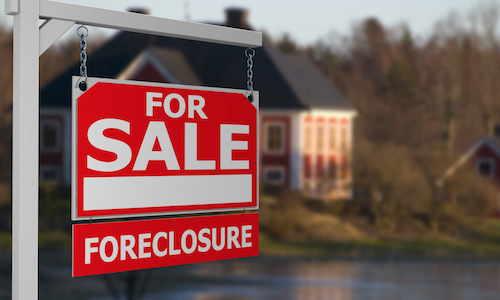 In May, national foreclosure inventory fell 27.4 percent year-over-year, bringing its market share to 1.3 percent, or approximately 491,000 properties, while completed foreclosures declined 19.2 percent. This is the lowest foreclosure rate since Dec. 2007.

Following the pace and trajectory of inventory, the number of mortgages in serious delinquency has also declined by double-digits, dropping 22.7 percent year-over-year in May. Nationally, serious delinquency account for 3.5 percent of all mortgages, which, while somewhat elevated relative to pre-crisis years, is the lowest rate since Jan. 2008.

Improvements to Illinois’ stabilizing foreclosure market continued exceeding the national pace, but levels remained behind the rest of the country. Foreclosure inventory for the state fell 0.8 percentage points year-over-year to a 1.6 percent market share, while inventory in the state’s biggest metro, Chicago, dropped 1 percentage point to 1.9 percent.

While both inventories exceed the national baseline, the bigger worry for Illinois’ and Chicago’s markets are the dropping but still exorbitant serious delinquency rates, which, in May, stood at 4.4 percent and 5.1 percent, respectively. Both have declined more than a percentage point since May 2014, but high levels will stay a concern until the rates have normalized.

Researchers from CoreLogic highlighted a number of interesting statistics in their report that ranked performance by state and help illustrate the conflict between progress and pace.

Driving improvements on the national scale is the improving labor market.

“With three million jobs created during the past year, the improving labor market has helped more borrowers stay current on their mortgage loan,” said Frank Nothaft, chief economist for CoreLogic. “Because fewer loans are becoming seriously delinquent, the foreclosure inventory has come down to its lowest level in more than seven years, with only 1.3 percent of loans in foreclosure proceedings.”

However, despite Nothaft’s confidence, CoreLogic CEO and President Anand Nallathambi pointed out in a statement accompanying the report that persistently high seriously delinquent rates continue to be a problem for several of the country’s biggest metros.

“While the nation’s seriously delinquent rate—3.5 percent—is at its lowest level since January 2008, it remains very high in several big markets,” he said. “The greater New York City region and central Florida continue to have some of the highest serious delinquency rates, almost doubling the national level. Default rates remain elevated in the Chicago and Baltimore metro areas as well.”

What Nallathambi did not add was that most at-risk metros experienced a healthy decline in foreclosure inventory, completions and seriously delinquent mortgage rates.