Civil rights groups are celebrating the Supreme Court’s recent decision on disparate impact claims, but is it too early? 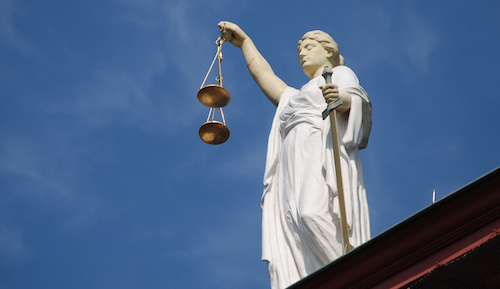 The Supreme Court’s affirmation of an appeals decision endorsing the citation of disparate impact in housing cases – which means evidence can be used to demonstrate certain practices or decisions have a discriminatory effect, regardless of intent – has quickly been labeled a victory for civil rights groups the country over. But in allowing disparate impact to be officially recognized under the 1968 Fair Housing Act (FHA), the Supreme Court was prompted to further define the circumstances in which a disparate impact can be claimed, effectively narrowing the FHA’s jurisdiction.

In the Court’s majority opinion, Justice Anthony Kennedy writes that “recognition of disparate impact claims is  consistent with the central purpose of the FHA.” However, he goes on to say that the particular case in question (Texas Department of Housing and Community Affairs v. Inclusive Community Project, Inc.) might raise “serious constitutional questions,” specifically in regards to the use of statistics to demonstrate disparate impact without additional evidence.

“A disparate impact claim that relies on a statistical disparity must fail if the plaintiff cannot point to a defendant’s policy or policies causing that disparity,” he wrote.

In what Kennedy described as an attempt “to protect potential defendants against abusive disparate impact claims,” the majority opinion, which will be used as precedent in a number of future cases, laid out limitations to what can be called disparate impact, using Wards Cove Parking Co. v. Atonio as example.

Citing excerpts from the 1989 decision, Kennedy wrote that plaintiffs would furthermore need a “robust causality” to ensure claims of racial imbalance alone were not used to hold defendants liable for “racial disparities they did not create.”

“Without adequate safeguards at the prima facie stage, disparate impact liability might cause race to be used and considered in a pervasive way and ‘would almost inexorably lead’ government or private entities to use ‘numerical quotas,’ and serious constitutional questions then could arise.”

A more pressing issue, however, is the impact the decision will have on lower courts, which will now be encouraged to come to a “prompt resolution of these cases,” according to the court. In a SCOTUSblog entry following the ruling, guest writers Paul Hancock and Andrew C. Glass suggest the decision “empowers lower courts to dismiss claims at an early stage” before defendants can be subject to more thorough fact discovery.

Despite refining the scope of FHA and hanging the heavy burden of “robust causality” on future plaintiffs bringing forward claims of disparate impact, the Supreme Court’s decision was a narrow one, with four of the nine justices voting to rid the FHA of recognizing disparate impact claims altogether.

In the bench’s dissenting opinion, Justice Antonin Scalia said plainly the Court was making a “big mistake,” writing, “…today’s decision will have unfortunate consequences for local government, private enterprise, and those living in poverty.”

Scalia acknowledged the damage of discriminatory housing practices, but warned acknowledging disparate impact claims could “perpetuate race-based considerations rather than move beyond them.”

It is Scalia’s hope, as well as the hope of the other three dissenting justices, that Congress will handle disparate impact, rather than courts.

Still, the overwhelming response from civil rights groups is victory.

“This is a tremendous victory for equal opportunity, and for the future of our nation,” said Alan Jenkins, executive director and co-founder of The Opportunity Agenda. “Upholding a strong and effective Fair Housing Act will continue to help move our country beyond a legacy of segregation and discrimination and toward opportunity for all.”

Jenkins, who previously served as assistant to the solicitor general at the U.S. Department of Justice and associate counsel to the NAACP Legal Defense and Education Fund, sees the Court’s decision as a reaffirmation that housing opportunities should never hinge on “the color of your skin, you religion or other aspects of who you are.”

Diego Iniguez-Lopez, a Robert L. Carter Fellow at The Opportunity Agenda, similarly praised the decision, claiming it “upholds the purpose of the (FHA).”

“The Court’s decision respects both the civil rights history behind the Act and precedent by federal courts over the last forty years,” he said. “Today the Court affirmed the rights of all Americans to live in inclusive, thriving communities free of unjustified barriers.”

Iniguez-Lopez went on to condemn the Court’s dissenting opinions, going as far to suggest the justices revealed a “frightening lack of awareness” as to the impact of discrimination and how it “undermines both the legislative objectives of the (FHA) and the national value of equal opportunity.”

The Texas Department of Housing and Community Affairs (TDHCA), which first petitioned the Supreme Court to pick up the case in hopes of redefining FHA to exclude disparate impact claims, said in its official statement that it “would have preferred a ruling” that “did not support the novel cause of action brought by (the Inclusive Communities Project).”

He said: “TDHCA will continue to develop and refine the 2016 Qualified Allocation Plan – the rules governing the award of low income housing tax credits – in a manner that complies with the letter and spirit of the law, permits private parties to make rational, nondiscriminatory business decisions and furthers the priorities established and re-examined bu the Texas Legislature each session and approved by the governor.”

In regards to its case with Inclusive Communities Project, Irvine assured TDHCA would be returning to trial court in order to “make our case that there has, in fact, been no actionable disparate impact discrimination by TDHCA under the clarified standards set out by the Court in their opinion.”

The Inclusive Communities Project has yet to respond to phone calls and emails from Agent Publishing.