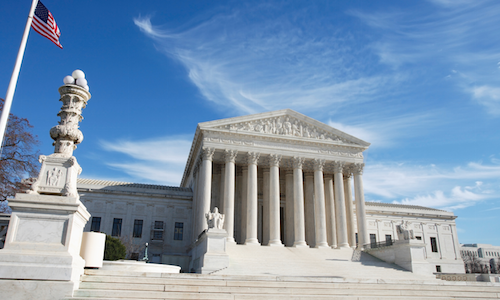 Discriminatory intent is irrelevant in cases of disparate impact, the U.S. Supreme Court ruled today in a tight 5-4 decision, where Justice Anthony Kennedy proved the decider.

In the bench’s majority opinion, Kennedy wrote that “recognition of disparate-impact claims is consistent with the FHA’s central purpose,” adding that the law was “enacted to eradicate discriminatory practices within a sector of the Nation’s economy.”

On behalf of the court’s majority, Kennedy went on to provide further definition for disparate impact, something likely to prove a valuable precedent for similar cases in the future, writing that: “Suits targeting unlawful zoning laws and other housing restrictions that unfairly exclude minorities from certain neighborhoods without sufficient justification are at the heartland of disparate-impact liability.”

He said that recognizing the liability of disparate impact under FHA “permits plaintiffs to counteract unconscious prejudices and disguised animus that escape easy classification as disparate treatment.”

In a statement to MSNBC, Jon Greenbaum, chief counsel of the Lawyers’ Committee for Civil Rights Under Law, praised the decision.

“The Supreme Court has rightly recognized disparate impact claims and the important role they play in promoting fairness and inclusion in American society,” he said. “Focusing on the effects of a policy or practice, rather than the intent behind it, is the most effective way of dismantling structural barriers to equal opportunity and is necessary because discrimination is often subtle and covert.”

When contacted, the Texas Department of Housing and Community Affairs, the defendant in the lawsuit, responded that they were still evaluating the implications of the decision and had no immediate comment.

Despite the firmness of the majority opinion, Kennedy was clear that future disparate impact claims would rely on specifically identifying the “defendant’s policy or policies” responsible.