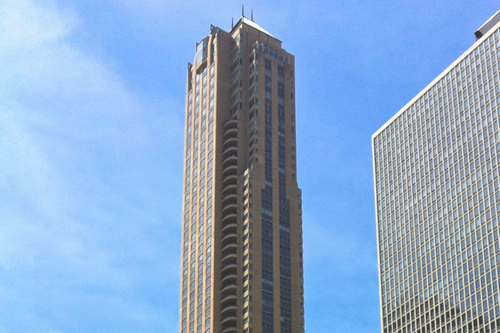 That record sure didn’t last long!

When an unfinished Trump Tower penthouse sold late last year for $17 million, it set a new record for the highest sale price ever for a Chicago residential property.

Not even six months later, though, a penthouse sale at Park Tower has broken that record, selling for an eye-popping $18.75 million, according to a report in the Chicago Tribune.

The 65th floor penthouse, which is located below three floors owned by billionaire Ken Griffin, was sold April 28 by Robert J. Buford, the CEO of Planned Realty Group.

May the Force be with You?

The buyer of the unit, though, has generated considerable interest. Though the official buyer on the Cook County Recorder deed is “Ennell LLC,” the Tribune noted that the representative of the buyer was Natalie Delagnes Talbott, a San Francisco attorney who has not only worked for filmmaker George Lucas, but is also a director of the George Lucas Family Foundation.

That connection has led to speculation that Lucas and his wife, Mellody Hobson (a Chicago-native and the president of Ariel Investments), are in fact the true buyers of the property. Nothing has been confirmed from either party, though it is common for famous individuals to use representatives when purchasing property.