A study from ULI found that while most people are happy with their living arrangements, many are lacking in some fundamental amenities, like healthy food 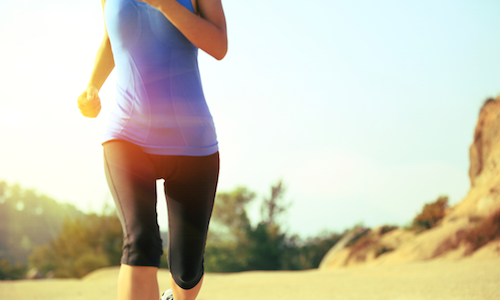 Real estate supports a wide spectrum of standards, encompassing a plethora of lifestyles and preferences that shape how a person feels about their particular living situation. The quality of dwellings certainly varies wildly from person to person, but a new survey from the Urban Land Institute, titled “America in 2015,” discovered that for the most part, people are generally satisfied with their situation – or at least optimistic.

Compiling responses from more than 1,200 adults nationwide, ULI developed a profile of the average American, asking questions about not only the quality of their home, but also their surroundings and access to certain amenities – some as basic as healthy food.

Eighty-eight percent of respondents agreed they are satisfied with their home; 87 percent said they are somewhat or very satisfied with quality in their community; and 81 percent admitted satisfaction with the housing options available in their immediate surroundings. Overwhelming, respondents had positive attitudes about their housing situation.

However, while overarching reactions to housing quality were positive, boiling responses down to specifics revealed a stunning lack of support for healthy living.

Walkability proved to be a serious selling point for many adults; 50 percent of respondents marked it as a top or high priority when deciding where to live. Piggybacking on that crucial aspect of healthy living, 55 percent said the same thing about the availability of “green space,” and 73 percent placed a heavy emphasis on the availability of healthy food.

The new, stronger desire for communities that support healthy living is somewhat divergent from ULI’s 2013 report, which found adults more concerned with compact and mixed-use communities, but seems to indicate that builders and community planners are largely failing at providing the necessities to support healthy lifestyles.

According to the report:

Perhaps ULI’s most telling finding was how common it was for respondents not to have access to healthy food. Despite being a top or high priority for nearly three-quarters of adults, 16 percent said healthy food was not available in their community, with unavailability disproportionately affecting African Americans (28 percent) and Latinos (25 percent).

Disparities along ethnic, age and income lines is a theme threaded throughout ULI’s report, and today’s housing landscape. Examining ethnic groups specifically, black and Latino communities, who also tend to be the most impoverished, are “far more likely than whites to lack access to healthy food, sufficient bike lanes and outdoor space, and are more likely to experience traffic/crime impediments to walking.” In terms of age, “Millennials are most likely to lack access to healthy community attributes.”

Regarding racial and economic disparities, a similar trend was documented in a recent study from The Brookings Institution, which found that between 2000 and 2012 the number of nearby jobs for black and Hispanics have fallen 14 and 17 percent, respectively, further damaging their local areas’ walkability. The same was found to be true for poor residents, where the number of nearby jobs dropped by 17 percent versus only a 6.0 percent decline for non-poor.

ULI Global CEO Patrick L. Phillips referenced the importance of social equity in a statement accompanying the report’s release, saying that it is a significant “determinant of a community’s overall prosperity and livability.”

He added: “Despite efforts over the past two decades by the private and public sectors to improve the overall livability of urban areas, the survey results suggest there is room for improvement in building for wellness.”

Certainly, large metros have made considerable strides in improving the quality of life, as seen in the large number of respondents satisfied with their current arrangement, but existing margins between satisfied and discontented illustrate serious room for improvement.

“While we’ve made progess in creating places that provide a higher quality of life, our work continues to evolve based on lessons learned from the past, as well as our ability to anticipate the future needs of those who live and work in our communities,” Phillips said. “Shortcomings in design and development that exist now present opportunities to reevaluate how to make our communities healthier for all residents, and more inclusive and successful as a result.”