$10 Trillion Up for Grabs in North American Luxury

A profile of the ultra rich from around the world reveal some interesting facts about luxury real estate buyers. 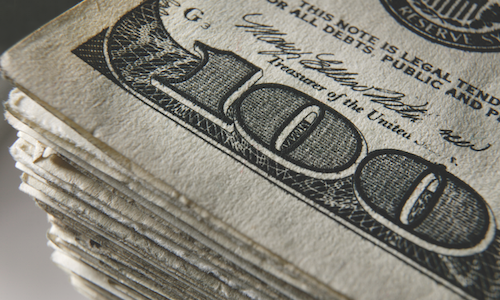 Luxury is a butterfly concept, fluttering about the industry with a thousand hands trying to grab hold. But the idea of luxury is wholly relative, which makes the market incredibly dynamic as it shifts from market to market. Some themes, however, transcend regional flavors.

In North America, there are nearly 75,000 ultra high net worth (UHNW) residents – 35 percent of the global UHNW population – and together they represent $10,265 billion worth of demand for residential property, according to a joint luxury market report from Wealth X and Sotheby’s Global.

Worldwide, the UHNW population grew by 6 percent from 2013 to 2014, and among them are some of the most fervent buyers and investors of real estate the world over. On average, the report read, individuals in the UHNW category own 2.7 owner-occupied residences, with several also keeping properties among their investment portfolios.

More and more, real estate is becoming a major earner for the world’s wealthy. As of 2014, researchers found, 7 percent of the global UHNW population made a substantial portion of their earnings from real estate, compared to 5 percent in 2013. Among those, it was ultra-affluent women who favored real estate to guard their wealth, holding 16 percent of their net worth in such assets, on average, while men held less than 10 percent in real estate.

Boiling those figures down in to even more descript sub-categories, Wealth X and Sotheby’s discovered luxury real estate was typically a preferred investment for individuals of inherited wealth, who held 17 percent of their net worth in real estate assets, rather than self-made affluent individuals, whose real estate holdings made up just under 9 percent.

Other important findings from the joint report included:

While luxury real estate is a global affair, in the U.S., the market is receiving considerable attention, not only from domestic buyers, but international ones, as well. But the level of attraction is relative to location.

According to Redfin, the country’s luxury market grew by 16 percent in the first quarter of 2014, but slowed to only 3 percent growth in the year’s final three months, which marked the lowest level of increase since 2012. Price growth was also relatively low at 5 percent year-over-year. However, despite the modest figures, the success of the U.S. market is skewed, as some metros were more heavily favored than others. So while Denver’s luxury market wasn’t sizzling, places like Miami Beach, Boston and New York were booming.

“Lifestyle is one of the key motivating factors in the purchase of a luxury home,” said Wendy Purvey, chief marketing officer of Sotheby’s international Realty Affiliates. “Consumers want homes that will meet their unique needs, whether it be a waterfront property, ski in/out access or a vineyard.”

Redfin’s report reiterated Purvey’s sentiment, remarking on the diversity of the pace of growth by geographic location. The report read: “In many cities, luxury home prices outpaced the rest of the market by double digits. In other cities, prices in the top 5 percent plunged in the fourth quarter even as price in the bulk of the market rose.”

What the stats ultimately indicate is an attribute unique to high-end buyers, which is the luxury of choice. The UHNW population has either earned or inherited the privilege of being particularly picky about the properties they purchase, and the cities they purchase them in. In the U.S., there are several metros acting as beacons, drawing in new residents and investors for across the country and globe. In those markets, for agents to capitalize, it is paramount they understand not only the profile of the buyer, but what they’re looking for in their first, second, even third property.