The explosion of the legal cannabis market is have a significant impact on real estate. Here’s what you can expect… 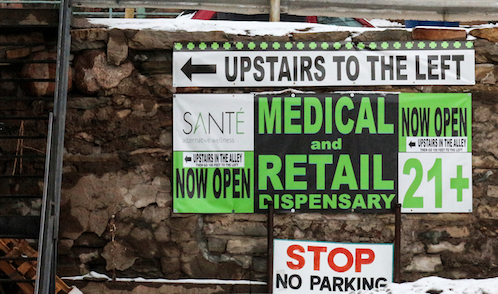 Breaking taboos and dusty standards, the impact of marijuana is proving more economically beneficial than previously imagined, leading to a wave of investment and a strong push for more states to decriminalize and ultimately legalize the drug, which is having huge impacts on real estate.

Since 1996, a slew of states have pushed through legislation aimed at softening the government’s stance towards marijuana: 23 states and the District of Columbia have passed laws permitting the prescribed medical use of the drug; 11 states now permit limited possession and use; and three states allow recreational use, according to the National Conference of State Legislatures.

Colorado, the first state to extend legal protections to the personal use of marijuana, has been an interesting case study, lending insights into what a future of legalized marijuana might look like. After more than two years, the working verdict is – things look good.

New revenue streams in the state are rich and healthy. In 2014, from January to October, total marijuana sales, both recreational and medical, amounted to more than $573 million, with Colorado earning $60.1 million from taxes, licenses and fees alone, the state’s Department of Revenue reported.

Across the country, the introduction of cannabis growth, sales and use to the mainstream economy has helped break the taboo over the drug, leading to a rise in public support. According to the Pew Research Center, in 2014, 53 percent of Americans agreed the use of marijuana should be legal, compared to only 12 percent in 1969.

The marijuana economy has become so strong, in fact, that other industries are beginning to feel the swell, and companies across the spectrum, including real estate, are maneuvering themselves to take advantage.