How To Be the No. 1 Luxury Agent in Your Market: Top 5 Takeaways from Jane Brill Gavens 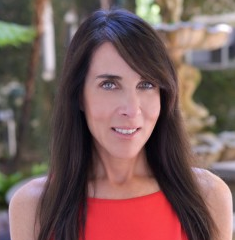 For a little more than an hour, Gavens answered questions that ran the gamut of luxury home buying and selling, from the typical motions of working with foreign clients to the demands of maintaining a successful high-end business. The following are the top five insights Gavens offered:

5. Understand International Buyers – International clients are becoming an integral part of several of the nation’s most prominent metro areas, though at varying rates, and understanding how they are different from local buyers could be the difference between success and failure, Gavens says.

Gavens, whose The Brill Group of Coldwell Banker Beverly Hills consistently ranks in the top 1 percent internationally, says the three biggest issues agents need to overcome with foreign buyers are: time frames, language and general unfamiliarity. Handling time frame, she says, is simply a matter of being on top of your information. If agents know their inventory and neighborhoods, then coming off as an authority is as simple as speaking.

However, language, which plays in to how well a person understands the overall buying/selling process, is a different matter, as the amount of information you have is irrelevant if you can’t communicate it. Gavens often and successfully uses interpreters to help her establish a rapport with her foreign clients.

4. Know Your Colleagues – “Having good relationships, especially in the high-end luxury market, is so essential and important,” Gavens says. If an agent wants to be successful in the luxury market, then chances are they’re going to need to turn their business into one fueled by referrals – if it isn’t already. One of the big reasons behind this, Gavens points out, is that a significant portion of luxury listings never actually makes it onto the open MLS. If an agent wants to stake their claim on the high-end market, they need to make sure they have an open artery to new and upcoming listings.

3. Be Equals – It can be challenging working with clients in the luxury market. “Everybody wants what they want,” Gavens says, “but when you’re dealing with affluent buyers and sellers, you face the unique challenge of working with people who are actually used to getting it.” It can make negotiations tricky, but if an agent is going to be successful, she says, they’re going to need to establish themselves early on as authorities on both homebuying and the immediate market. Gavens admits that some high-end clients can be intimidating, but warns new agents not to succumb to an overwhelming presence or personality, and instead be themselves, saying, “Be personable, have a sense of humor and don’t assume they’re smarter than you.”

2. Inventory is Everything – It’s important for agents not to stretch themselves too thin, but it’s also important that they know and understand the industry and how it relates to the area they’re working in. As Gavens says: “You can’t know every market, so recognize where you should be spending your time, and then do it.”
Gavens suggests agents learn all they can about the markets they are working in, which means not only looking through listings and visiting properties, but also talking to other agents and learning why some homes have sold and others haven’t. A cursory understanding isn’t enough to satisfy affluent buyers or the teams of financial, housing and design specialists they often bring along.

1. Networking is a Requirement, Not an Option – When asked about advertising, Gavens agreed on the importance of publicizing an agent’s name and brand, mentioning print ads and some overseas quarterlies, but she admits the lion share of her client base comes by way of referral.

“If you’re sitting next to me at an event, I will get you to talk about real estate,” she says.
When Gavens, who has only recently – within the last year – gotten into the ultra luxury market, first wanted to reach out to new clients, she quickly learned that it’s all a matter of face-to-face networking. She says that agents need to identify where the area’s affluent gather, like charities, boards and clubs, and then find their way there. It doesn’t mean necessarily becoming a board member, but attending events, giving donations and even paying for a private club membership will open doors agents couldn’t find online.