In honor of Earth Day, Redfin released a list of 10 neighborhoods across the U.S. with the largest amount of green homes, and Chicagoland’s Valley View area was ranked number one in the nation.

To compile the lists, Redfin data scientists searched through Redfin.com to find homes listed with the most “green” features.

Green features being solar panels, low-flow faucets, dual-pane windows, energy efficient appliances, environmental ratings and certification programs such as Energy Star, Built Green and LEED. The ranking was also based on the proportion of “green” listings out of total listing in the neighborhood over the past two years.

In addition, the analysis also revealed that green homes tended to sell for more and aren’t always new homes. The overall median sale price of homes with green features was $47,600 higher than homes without green features. While, many downtown areas had newly constructed condo buildings that followed LEED regulations and were certified, making then on average six years newer than non-green homes, the majority of green homes were not newly construction. 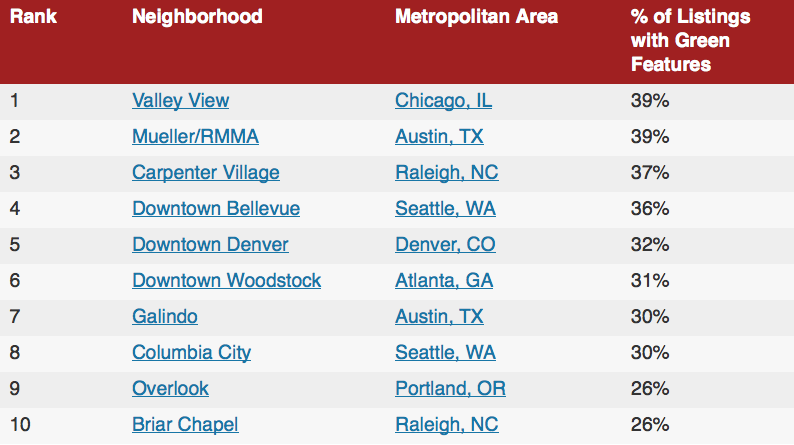