What Homebuyers Want, Based on Ethnicity

According to the National Association of Home Builders’ (NAHB) new report, “What Home Buyers Really Want: Ethnic Preferences,” housing preferences vary by a homebuyer’s racial or ethnic background, after controlling factors such as age and income.

NAHB Chairman Kevin Kelly, a homebuilder and developer, said, “The new data reveals some interesting findings about homebuying preferences broken down by race and ethnicity. It contains invaluable information for builders by providing a window into the preferences of potential homebuyers, and allowing them to tailor things to better meet the needs of their customers.”

More than half of all buyers in all racial/ethnic groups are married couples: 80 percent of Caucasian buyers, 50 percent of African-Americans, 74 percent of Hispanics and 79 percent of Asians. Most also have children living at home. 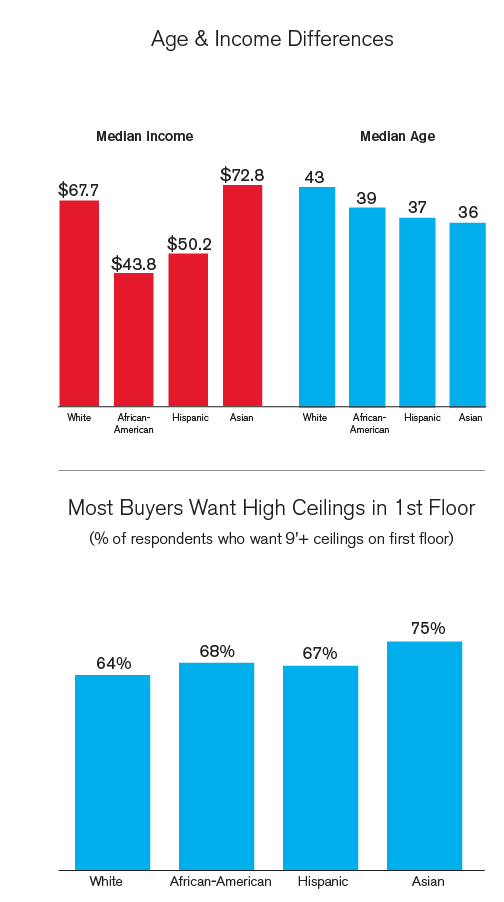 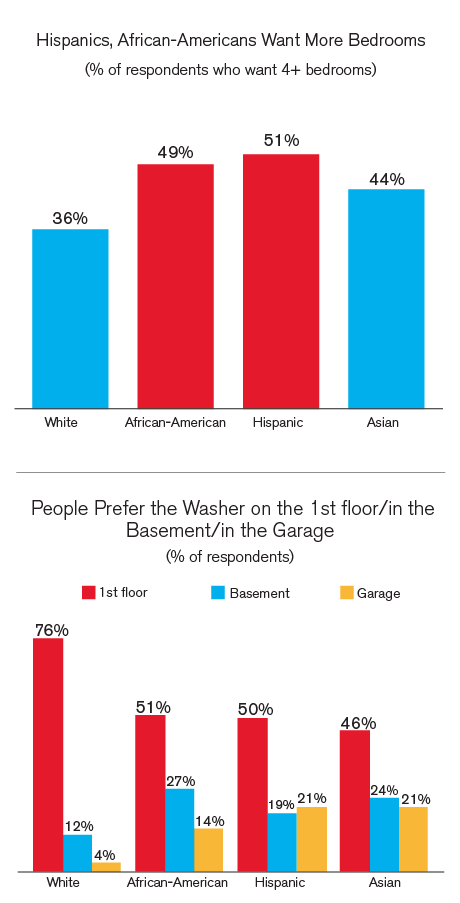 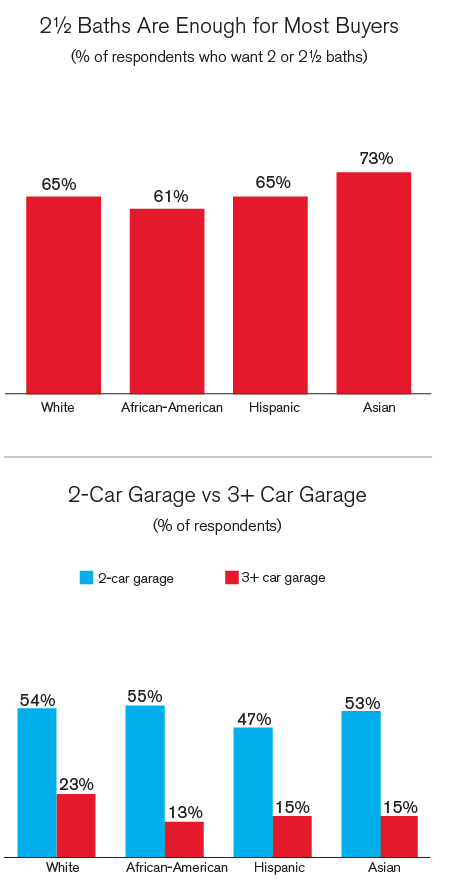 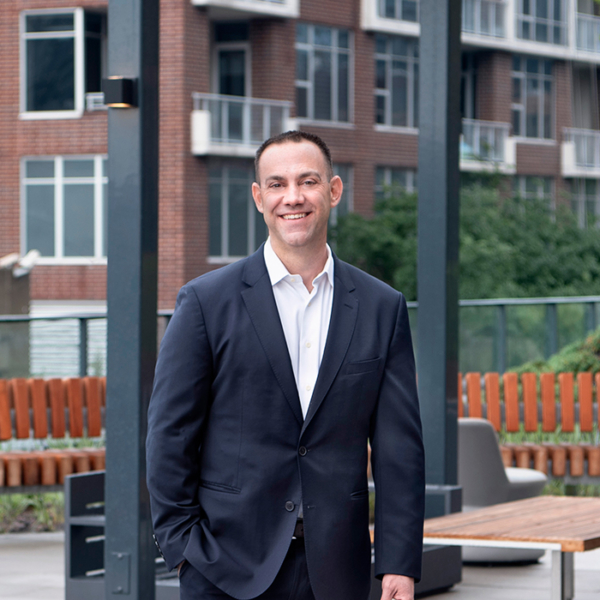