Geoffrey Hewings, the regional economics applications laboratory director and a University of Illinois professor, who also conducts statistical forecasts for the Chicago Association of Realtors and Illinois Association of Realtors, says that while unemployment and job growth have impacted our housing market, the housing bubble and recession are still reasons behind the current lackluster job market.

In addition to its problems with inventory and the foreclosure market (click here for a closer look at inventory), Chicagoland has been behind in adding jobs at the same pace as the nation due to issues such as the long-term deficit within the state in recent years. In 2013, two million jobs were added nationwide; jobs will be created at a similar rate in 2014.  However, the United States Bureau of Labor Statistics places Illinois in the top five states with the highest unemployment rate at more than 8.5 percent, nearly a percentage more than national averages. With Illinois’ still high unemployment rate and increasing mortgage rates, how will both factors affect buyer demand?

“While unemployment is still high in Illinois, about 90 percent of people in this state are gainfully employed,” McCatty says. “It is only getting slightly better, and will continue to be an issue, but that is another way to look at it.”

Hewings says the median sale price of homes sold continues to grow at approximately 4 percent in year-over-year comparisons; however, wages have not kept pace. 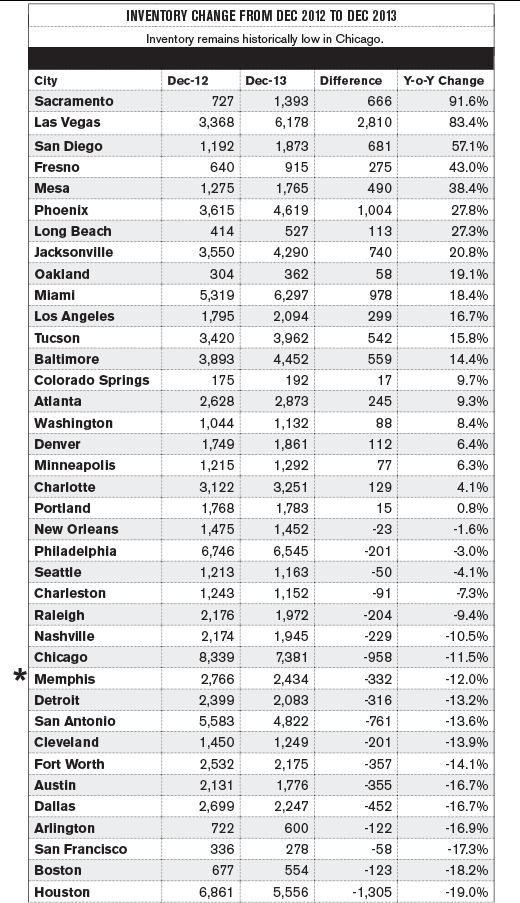