This is Halloween, and cemeteries and gravestones are among the most quintessential images of the season. But year-round, how many transactions are near these arguably creepy areas? 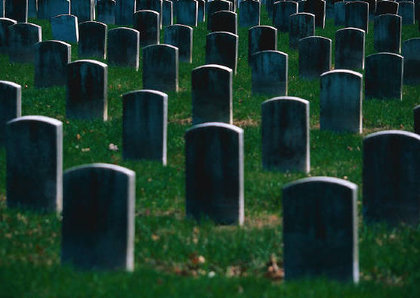 We associate many images with Halloween: witches, jack-o-lanterns, vampires, werewolves, and of course, copious amounts of candy.

Cemeteries are also a key image to the Halloween season, and as they often do, the clever folks at Redfin have released some fascinating data on how that most spooky of images relates to the housing market.

For its research, Redfin looked at how listings located within 50 feet of a cemetery compared with listings located 100, 200, 500 and 1,000 yards away, and came to some interesting conclusions:

To top it off, Redfin also took a look at the nation’s most prominent housing markets, and not only compared how many listings those markets have within 100 yards of cemeteries, but also the median list price of those listings. What did Redfin uncover? See our graph below to find out: