Chicagoland Home Sales Up 25.6% in September

Housing activity remained very strong throughout Chicagoland in September, with both the city and suburbs posting strong numbers. 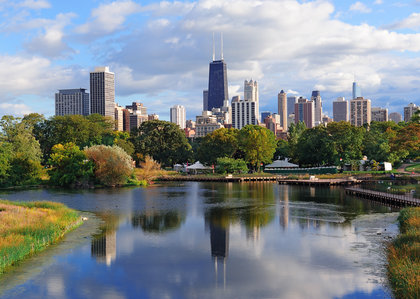 Homes sales in the nine-county Chicago Primary Metropolitan Statistical Area rose 25.6 percent year-over-year in September, rising to an impressive total of 9,583 sales, according to the latest numbers by the Illinois Association of Realtors.

A Housing Recovery in the City of Chicago

Matt Farrell, the president of the Chicago Association of Realtors, said that home sales year-to-date are up more than 25 percent in Chicago, an increase driven by a renewed confidence from consumers.

“The surge we’ve seen is likely due to an increased feeling of stability in the housing market, as well as the return of jumbo loan options for buyers,” Farrell said. “Chicago remains among the most affordable urban markets for families looking to make a world-class city their home, and still offers attractive housing options for those in the first-time buyer or move-up marketplace.”

Of course, the surrounding suburbs of Chicagoland are doing quite well in their own right.

According to new data from the Mainstreet Organization of Realtors (MORe), sales of single-family, detached homes in suburban Chicago increased 30.7 percent in September 2013 compared with the same period a year ago, while the median sale price for detached homes increased 12.6 percent and the number of homes under contract rose by 30.4 percent. Sales were particularly strong in areas such as Burr Ridge, where sales were up 120 percent, along with Downers Grove (100 percent), Rolling Meadows (130 percent) and Warrenville (250 percent).

Michael Parent, the president of MORe, said that though he anticipates a strong fourth quarter for Chicagoland’s housing market, the growth will be patchy.

“Activity has been sporadic in many markets,” he said. “Some brokers are swamped, then slow, then swamped again the next month. Whether you are buying or selling, at the end of the day you have to know your market, and that’s where your Realtor comes in.”