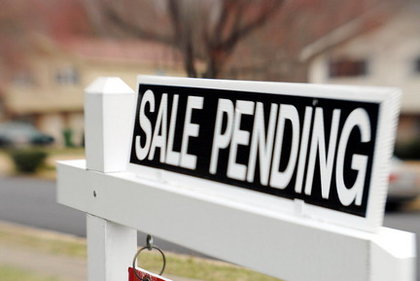 The Pending Home Sales Index from the National Association of Realtors rose 9.5 percent year-over-year in January, rising to its highest reading since April 2010 and boasting its 21st straight month of yearly increases.

In addition to its national gains, the Pending Home Sales Index was also positive on a regional basis:

Eve Bremen, the branch manager for Coldwell Banker in Winnetka, said that contract activity has been robust in her area.

“It’s been extremely busy and brisk,” she said, adding that adjusted home prices, low interest rates, strong consumer confidence and low housing inventory have all gone into the increase in pending sales.

The Pending Home Sales Index measures contract activity, and because of that, it points to what NAR’s existing-home sales data will look like in the coming months. Lawrence Yun, NAR’s chief economist, said a number of factors have contributed to the spike in contract activity.

“Favorable affordability conditions and job growth have unleashed a pent-up demand,” Yun said. “Most areas are drawing down housing inventory, which has shifted the supply/demand balance to sellers in much of the country. It’s also why we’re experiencing the strongest price growth in more than seven years … Over the near term, rising contract activity means higher home sales, but total sales for the year are expected to rise less than in 2012, while home prices are projected to rise more strongly because of inventory shortages.”