Are Negative Equity Mortgages Holding Back the Housing Recovery? 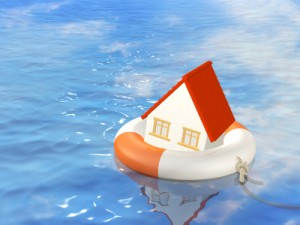 Negative equity mortgages are still unnaturally common in the U.S. housing market, but are they holding back the housing recovery?

Falling housing prices during the housing downturn were, for prospective homebuyers and investors, a pretty smashing development. Housing affordability soared, and for those in the position to purchase a residence, deals could be had at nearly every price point. But for the majority of homeowners in the U.S., falling housing prices – and the negative equity mortgages they created – have been a big inhibitor to any future real estate transactions; now that the housing market is starting to recover, though, they have some analysts wondering how they will affect the recovery.

The numbers regarding negative equity mortgages seem imposing – according to a recent Washington Post article, nearly 11 million Americans (that’s a fifth of homeowners) are in negative equity, and unless they absorb losses on their current home, are incapable of moving and purchasing another residence:

What Effect Will Rising Home Prices Have?

To be fair, the situation with negative equity mortgages has improved in 2012, and by some measures, dramatically. According to the latest negative equity report from CoreLogic, which looked at data through the second quarter of this year, 1.3 million borrowers moved from negative to positive equity in 2012 on account of rising home prices.

And even more promising, 1.8 million borrowers in the second quarter were just 5 percent underwater on their mortgages,  and CoreLogic estimated that should home price increases continue – which, as we documented earlier today, they certainly have – they would also escape negative equity.

That means more than three million homeowners would be in positive equity by the time the spring homebuying season rolls around in 2013, and would possibly be in a better position to look for a new residence. Perhaps we’ll know more definitely when CoreLogic’s next negative equity report rolls out, but it would appear recent home price increases are on homeowner’s sides!