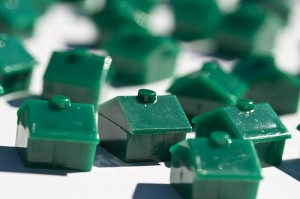 The MBA was quite positive in its third quarter Mortgage Delinquency Survey report, finding the housing recovery to be persistent and strengthening.

The U.S. mortgage markets and the housing market on the whole showed continued improvement in the latest Mortgage Delinquency Survey from the Mortgage Bankers Association (MBA), which studied delinquency and foreclosure rates across the country for the third quarter of 2012.

Overall, both mortgage delinquencies and home foreclosures improved from the second quarter and the third quarter of 2011, a positive sign for the housing market as it concludes a positive year.

Of the many findings of the latest Mortgage Delinquency Survey, the MBA highlighted the following information:

In a conference call with reporters on the survey, Mike Fratantoni, MBA’s vice president of research and economics, emphasized the marked improvement in the quality of residential mortgages, and how in the ensuing years following the housing downturn, the U.S.’ mortgage portfolio has grown stronger and stronger. The following chart, which he provided during his analysis, is a great example: 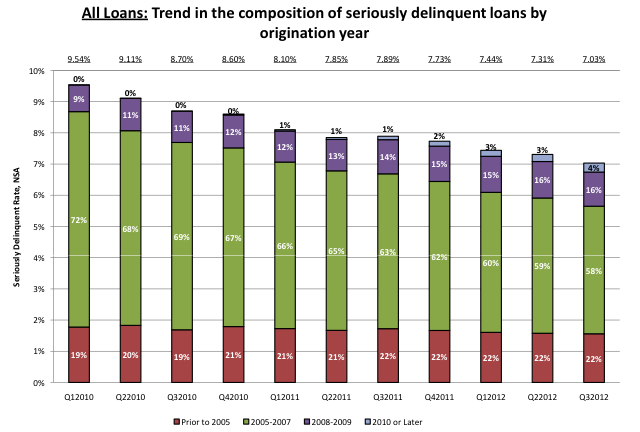 A quick translation – the green sections of the bars are loans from 2005 to 2007, and the red are for loans prior to 2005; so for the third quarter of 2012 bar (the one most to the right), 80 percent of the remaining delinquent mortgages were made before 2008, and just 20 percent were made afterwards. And as you can see, the proportion of those loans has only shrunk the last two years, contributing to what Fratantoni called a “persisting” housing recovery that he sees getting stronger with time.