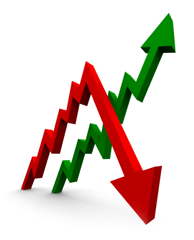 Three competing price indices all anticipate a decline in the Case-Shiller next Tuesday.

Standard & Poor’s will release the latest batch of Case-Shiller Home Price Indices next Tuesday, and several of the other competing price indices have some analysts projecting the second negative month in a row for the Case-Shiller, which remains the definitive measure of U.S. housing prices.

The first of the indices, FNC’s Residential Price Index, came out on Wednesday, reporting a 0.6 percent decline in single-family home values. According to analysis by FNC, the price decline is an example of housing’s still-delicate position.

“U.S. home prices continued to weaken at a modest pace despite recent positive home-sales data,” an FNC press release stated. “The trend is a reminder that the housing market remains constrained by weak economic fundamentals and the overhang of distressed properties.”

October is the third month of price declines for the FNC index.

The second of the indices, Radar Logic’s RPX, was just released yesterday, showing more of a mixed bag with both positive and negative news. Though the index reported a year-over-year price decline of 5.4 percent in October (and anticipated not only a further 5 percent decline through February 2012, but similar declines in the Case-Shiller), the transaction data that the index follows was incredibly positive, reporting a “significant” increase in the index’s 25 metropolitan areas of 15.5 percent.

Finally, the third of the indices, the CoreLogic Home Price Index (HPI), showed a 1.3 percent decline in prices from September to October. Counting distressed properties, the declines were even more substantial year-over-year at 3.9 percent, but excluding distressed, the declines were marginal, if not manageable, at just 0.5 percent.

Mark Fleming, the chief economist for CoreLogic, said the supply/demand imbalance in housing will continue to affect prices.

“Home prices continue to decline in response to the weak demand for housing,” Fleming said. “While many housing statistics are basically moving sideways, prices continue to correct for a supply and demand imbalance. Looking forward, our forecasts indicate flat growth through 2013.”

By far the most reputable of the competing price indices, the HPI is used by the Federal Reserve in its economic analyses.