Could Housing Fraud Be Making a Return? 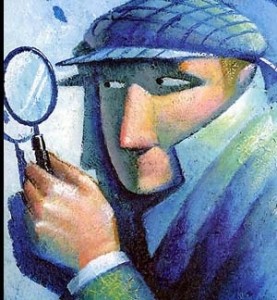 Mortgage fraud, according to new reports, has simply adapted to today's market.

After the boom years, Lehman, Fannie & Freddie, Dodd-Frank, and a whole host of other reforms and failures seemed to set the real estate markets straight, but now it appears fraud might be coming back. A new piece in the Daily Herald by Ken Harney, however, claims that not only is fraud on the rise, but it has adapted to the nuances of today’s market for more exploitation and more quick profits.

“In an ironic twist, there are signs that the wreckage left over from the housing bust may be reigniting dubious real estate schemes and fraud,” Harney writes.

Some of the schemes that Harney mentions include: property flippers, who, though their reputation has never been more dubious, are back on the rise in South Florida and Las Vegas, where condo values in niche markets are increasing; “floppers,”  who use faulty appraisals to buy short sales from banks at extreme discounts, only to flip the home and sell it for serious profits in a matter of months; and investors who lie to banks that they will use investment properties as primary residences, in order to qualify for the same low downpayment loans and historically low interest rates as regular homeowners.

In his article, Harney writes about Ann Fulmer, a former white-collar crime prosecutor who now works with Interthinx, a mortgage fraud analytics company. “Past is prologue,” she said to Harvey, meaning that today’s market conditions are an excellent playing field for many of the ill-advised behaviors of the boom-era market – and it’s on the rise.

For instance, Harney writes that a recent Interthinx report found that “applicants’ dishonesty about their employment and income was up 9 percent from the same period the year before and a stunning 50 percent from the third quarter of 2009.”

“The reason: borrowers increasingly are falsifying W-2s and other records in order to meet the tougher debt-to-income thresholds lenders adopted following the bust and recession,” Harvey writes.

And further data from Interthinx provides even more backing for Fulmer’s observations. For six straight quarters, Interthinx has pinpointed Nevada, California, Arizona and Florida as the states with most mortgage fraud, all states that experiences the highest highs and the lowest lows of the boom years. As Fulmer said – past is prologue.