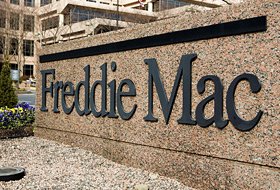 Freddie Mac released its Quarterly Product Transition Report today, and the report contained several findings on home refinancing, most notable that in the second quarter of 2011, fixed-rate loans accounted for about 95 percent of refinance loans.

Regardless of whether their original loan was an adjustable-rate mortgage (ARM) or a fixed-rate, homeowners opted for a fixed-rate when refinancing. Additionally, many refinancing borrowers chose to shorten their loan terms as well during the second quarter. Of borrowers who paid off a 30-year fixed-rate loan, 37 percent chose a 15- or 20-year loan, the highest such share since the third quarter of 2003.

Also, 55 percent of borrowers who had a hybrid ARM chose a fixed-rate loan during the second quarter, while the remaining 45 percent chose to refinance into the same type of product.

Frank Nothaft, Freddie Mac’s vice president and chief economist, addressed further details of the report in a press release: “Fixed mortgage rates averaged 4.65 percent for 30-year loans and 3.84 percent for 15-year product during the second quarter in Freddie Mac’s Primary Mortgage Market Survey, well below long-term averages. The Bureau of Economic Analysis has estimated the average coupon on single-family loans was about 5.3 percent during the second quarter of 2011. It’s no wonder we continue to see strong refinance activity into fixed-rate loans.”

Nothaft also said, “Compared to a 30-year fixed-rate mortgage, the interest rate on 15-year fixed was about 0.8 percentage points lower during the second quarter. For borrowers motivated to refinance by low fixed-rates, they could obtain even lower rates by shortening their term. The initial interest rate on a 5/1 hybrid ARM was about 1.2 percentage points lower than on a 30-year fixed-rate loan. For borrowers who plan to remain in their current home for only a few years, the hybrid ARM allows for even a greater interest-rate savings.”

The estimates in the report came from a sample of properties on which Freddie Mac has funded at least two successive loans and the latest loan is for refinance rather than for home purchase.