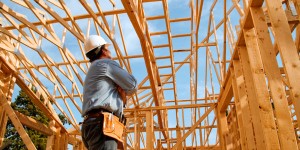 Although housing is down nationally, the NAHB is determined to highlight spots of growth.

In an effort to combat the frequently negative reports on the U.S. housing market, the National Association of Home Builders (NAHB) is crafting a new index that emphasizes growing and positive aspects of the market.

The news of the index comes on the heels of new data from the U.S. Census Bureau, which found that newly constructed home sales fell from May to June by 3,000, a decrease of 1 percent. Additionally, new home sales are down 13 percent from a year ago, and inventories of new homes for sale are down 22 percent to 164,000, the lowest total since 1963.

But despite the apparent ubiquity of the negative data, the NAHB is determined to offer a more positive perspective on housing.

“Everything isn’t bad everywhere,” said NAHB economist David Crowe, during a presentation at the Southeast Builders Conference in Orlando. “There are places which are improving, that are doing well.”

In an interview with National Mortgage News, Crowe said that idea – that things are not as bad as they seem – will be the primary focus of the new index.

Rather than focus squarely on the depressed markets of California and Nevada, Crowe said, the index will look at areas such as Pittsfield, Mass., Bismark, N.D., and Odessa, Texas, all communities boasting growth in employment, rising housing prices, and a positive trend in production. And to ensure that the index’s findings are trustworthy, Crowe said the NAHB will use independent data.

So although housing remains a challenge, and some areas of the national market continue to struggle, the NAHB is out to show that not everything is bad.