Mortgage applications decreased 2.0 percent from one week earlier, while purchase applications spiked 6.7 percent to the highest level of the year, according to data from the Mortgage Bankers Association’s Weekly Mortgage Applications Survey for the week ending April 1, 2011. 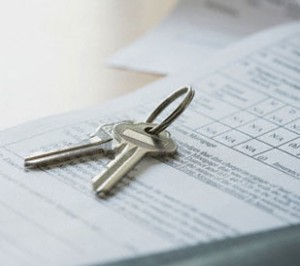 “Purchase application volume increased last week reaching the highest level of the year, but remains relatively low by historical standards, at levels last seen in 1997,” said Michael Fratantoni, MBA’s vice president of research and economics. “The increase last week was due to a sharp increase in applications for government loans. Borrowers were likely motivated to apply before a scheduled increase in FHA insurance premiums that became effective last Friday.” Fratantoni continued, “Rates were flat last week, but refinance activity fell, as the pool of borrowers who have both the incentive and the ability to qualify for a refinance continues to shrink.”

The average contract interest rate for 30-year fixed-rate mortgages increased to 4.93 percent from 4.92 percent, with points decreasing to 0.70 from 0.83 (including the origination fee) for 80 percent loan-to-value (LTV) ratio loans. The effective rate decreased from last week.

The average contract interest rate for 15-year fixed-rate mortgages decreased to 4.14 percent from 4.16 percent, with points increasing to 1.09 from 0.99 (including the origination fee) for 80 percent LTV loans. The effective rate also increased from last week.

The survey covers over 50 percent of all U.S. retail residential mortgage applications, and has been conducted weekly since 1990. Respondents include mortgage bankers, commercial banks and thrifts. Base period and value for all indexes is March 16, 1990=100.