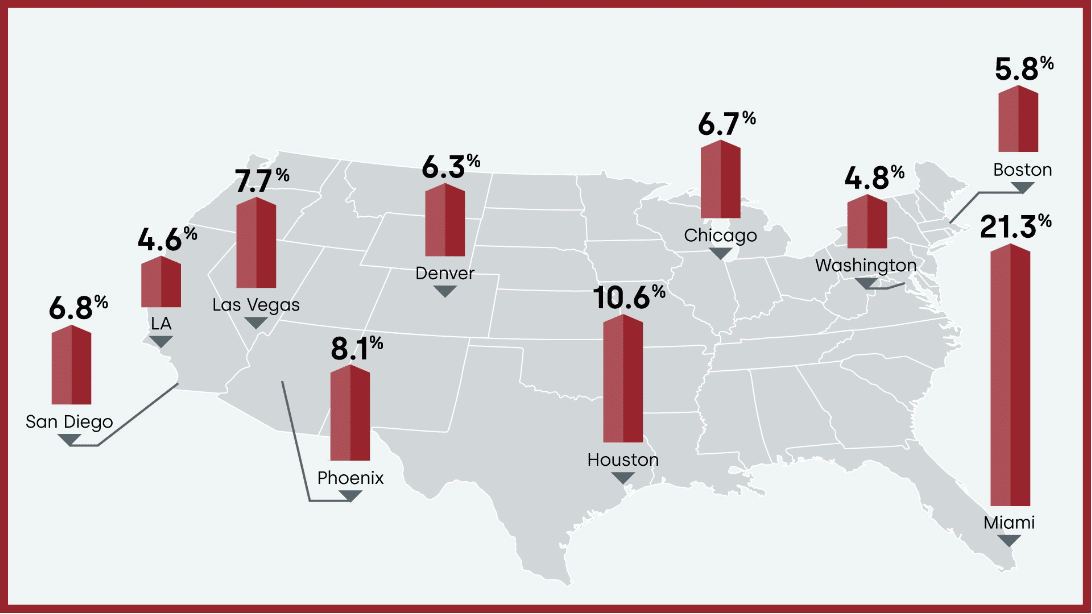 These metros experienced the highest year-over-year rates of home-price growth in November. Courtesy of CoreLogic.

The year-over-year pace of national home-price increases slowed to its slowest rate in two years in November, falling into the single-digits, CoreLogic reported, citing its monthly Home Price Insights report.

Home prices were up 8.6% annually in November and down 0.2% on a monthly basis. Looking ahead, CoreLogic expects national year-over-year appreciation to slow to 2.8% in December, while home prices are expected to decline 0.1% from November to December.

“While the recent decline in mortgage rates may bode well for the housing market, potential homebuyers are grappling with the idea of buying amid possible further price declines and a continued inventory shortage,” Deputy Chief Economist Selma Hepp said in a press release. “Nevertheless, with slowly improving affordability and a more optimistic economic outlook than previously believed, the housing market could show resilience in 2023.”

Miami posted the highest annual increase among the country’s 20 largest metro areas, at 21.3%, followed by Houston at 10.6% and Phoenix at 8.1%.