Americans more optimistic about housing than the economy

Timing is everything, especially when it comes to buying real estate. According to the results of a quarterly survey conducted by the National Association of Realtors, most Americans (63 percent of those polled) believe that the time is right to buy a home. 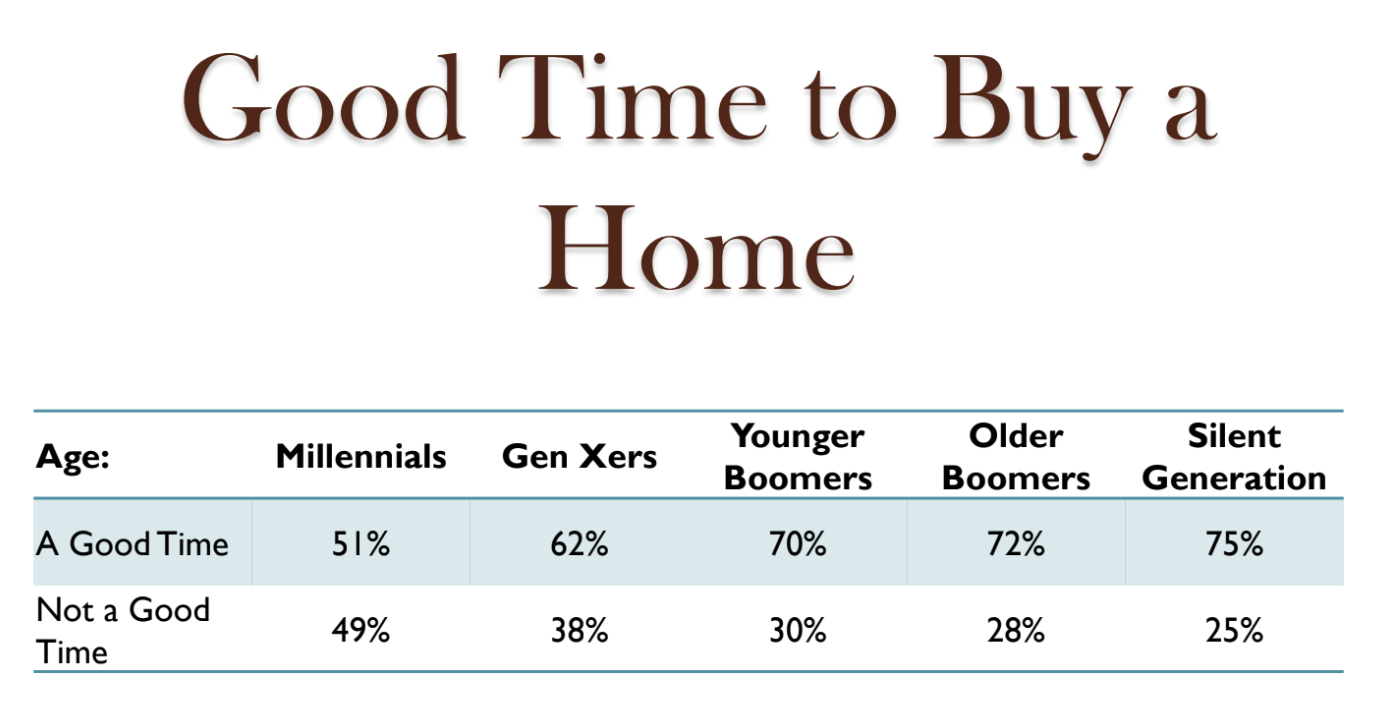 The Housing Opportunities and Market Experience survey found that the silent generation (those born between 1925 and 1945) were the most optimistic – 75 percent of that demographic felt conditions were good for buying. Seventy two percent of older baby boomers (born between 1946 and 1954) agreed.

NAR Chief Economist Lawrence Yun thinks low borrowing costs account for the overall optimism. “Mortgage rates are at historically low levels, so I see no sign of the optimism about home buying fading,” he said. “However, the fact that slightly fewer are expressing strong intensity compared to recent prior quarters is implying some would-be buyers have concerns about the direction of the economy.”

Sentiments about buying were tied to income. Seventy-two percent of respondents whose income was $100,000 or more said now is a good time to purchase a home. That number fell to 65 percent in the $50,000-$100,000 income range.

Yun noted while this difference may not be surprising, it does seem to be a gap that’s widening. “As incomes increase, the process of buying a home is less of a strain,” said Yun. “This has always been the case, but in this third quarter survey, we see it to an even greater extent – high earners are more open to buying a home.” 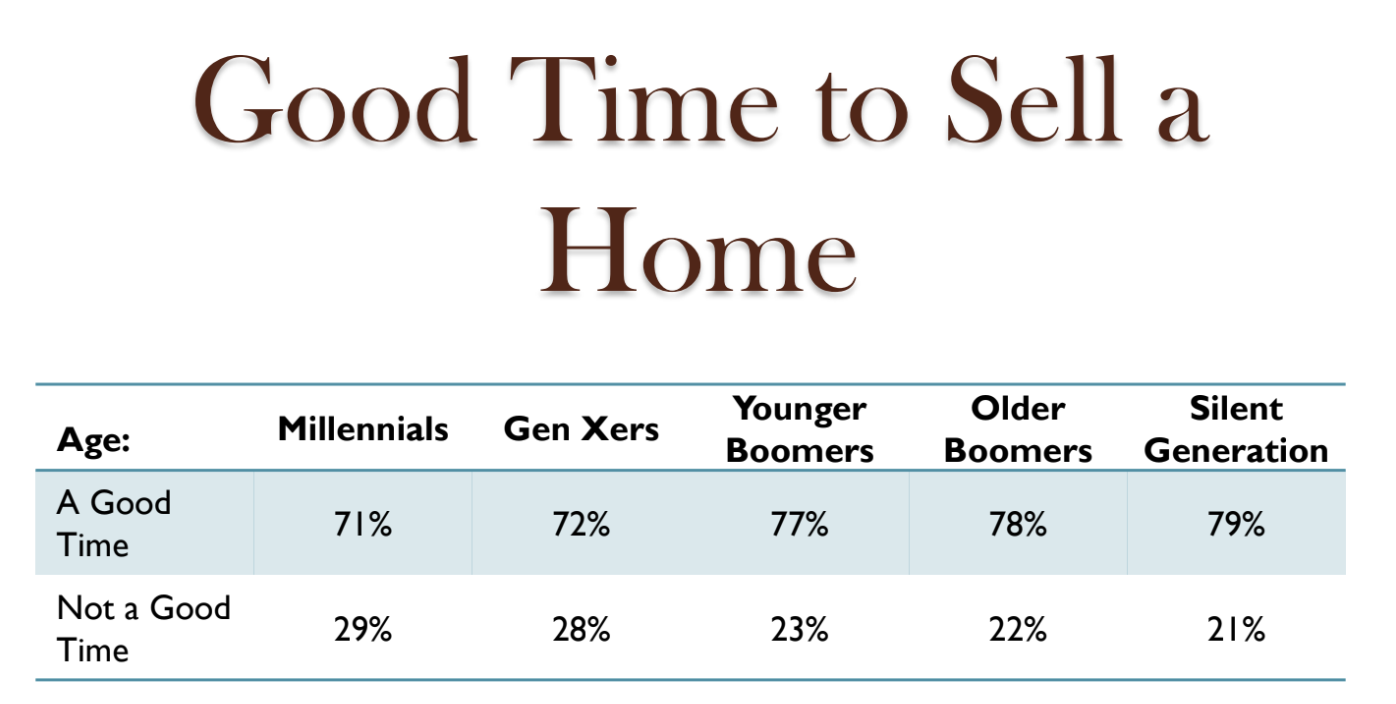 The survey also tracked seller sentiment, with 74 percent of those polled saying conditions were good for selling, up 1 percent from last quarter. Of the 74 percent, 45 percent said they “strongly” believe now is a good time for selling a home, while 29 percent felt that way only “moderately.”

As with buying, thoughts on whether or not it was a good time to sell a home were tied to income brackets. Among those surveyed whose incomes are greater than $100,000, 82 percent said that now is a good time to sell while only 64 percent of those who earn less than $50,000 agreed. This may come as a surprise to Chicago-area brokers who’ve seen prices on high-end homes stagnate or decline in recent months, while those with entry-level homes are seeing the fastest price appreciation. But since the study doesn’t specifically target those who are currently selling their homes, it may be that respondents aren’t as aware of this recent pricing phenomenon as agents in the field are.

The survey also asked respondents how they felt about the U.S. economy. Fifty-two percent said they think the economy is improving, down three percent from the second quarter of 2019. Only 49 percent of millennials (born between 1980-1998) agreed. The majority of that demographic – 51 percent – said they believe it is not improving. 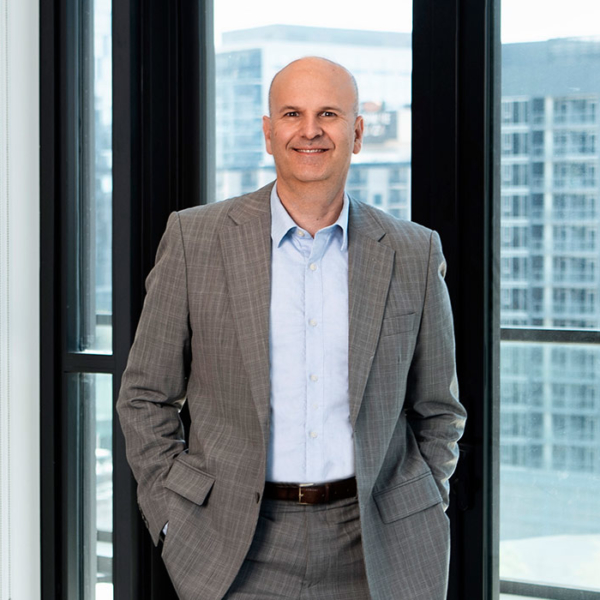