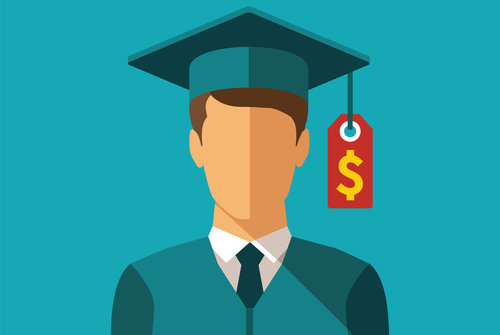 Student debt continues to be a major problem for the housing market, according to a detailed new survey from the National Association of Realtors and SALT, the consumer literacy program.

The survey, which sampled thousands of non-homeowners currently repaying student debts, features numerous insights into the perverse relationship between student loans and housing, and below, we have spotlighted seven of the most notable:

1. The Student Debt Delay – There has been some disagreement on how influential student debt is on the homebuying process, but NAR’s survey concluded emphatically that such debts are holding consumers back. An eye-popping 71 percent of non-homeowners who are currently repaying their student loans believe their debt load is delaying their home purchase.

2. The Young and the Indebted – Among the various groups NAR sampled, the most impacted are Older Millennials aged 26 to 35. The most common range of student debt was between $20,000 and $30,000, yet 38 percent of those sampled reported debts exceeding $50,000; furthermore, regardless of age or amount owed, NAR found that more than half of non-homeowners in each generation have delayed their home purchases because of student debt.

3. Reasons for Delay – The specific reasons behind why student debt-addled consumers cannot buy are varied. More than three-quarters have delayed a purchase because they cannot save for a down payment; 69 percent do not feel financially secure enough to buy; and 63 percent cannot qualify for a mortgage because of their high debt-to-income ratios.

Lawrence Yun, NAR’s chief economist, put things into perspective: “Along with rent, a car payment, and other large monthly expenses that can squeeze a household’s budget, paying a few hundred dollars every month on a student loan equates to thousands of dollars over several years that could otherwise go towards saving for a home purchase.”

4. Long-Term Delays – The aforementioned homebuying delays are, for most consumers, no short-term setbacks. Fifty-two percent of those NAR sampled expect to delay their purchase for more than five years, with consumers in lower income brackets and high debt levels expecting to delay the longest.

5. Living with Family – There have been numerous studies, as of late, on the surge of young Americans living at home, and NAR’s survey only added more evidence to that body of research. Nearly half of Young Millennials (46 percent) are living with their parents, while 42 percent of all respondents reported delaying their decision to move out because of student debt.

6. Lagging Employment Opportunities – Adding to the issues of student debt is the job market, which remains difficult for recent college graduates. NAR’s research found that among Americans who graduated six to 10 years ago, 33 percent reported that it took them more than two years to move out of a family home.

7. Selling and Inventory – Housing inventory is low across the nation, and NAR’s report fingered student debt as another reason for that shortage. An incredible 31 percent of current homeowners stated their student debt is postponing the sale of their home, and for a variety of reasons: 18 percent believe it is too expensive to move and upgrade to a new home; 7 percent have problems with their credit because of student debt; and 6 percent are underwater because student debt has limited their ability to pay more than the minimum payment on their mortgage.