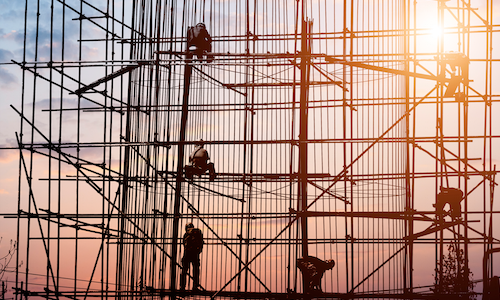 New projections from the country’s Bureau of Labor Statistics forecast big job gains for the construction sector over the next decade and emphasize the growing importance of environmentally conscious building.

Over the 10-year period beginning in 2014 and ending in 2024, the BLS anticipates the construction sector to add more than 790,000 jobs, though, Robert Dietz, vice president for tax and market analysis for the National Association of Home Builders, pointed out in a blog post that the bureau’s projections aren’t all-encompassing.

“The BLS employment projections are designed to estimate labor market changes given assumptions and estimates involving structural economic factors,” he wrote. “The estimates assume full employment and do not attempt to estimate cyclical or business cycle effects.”

Among the structural variables considered in BLS’ analysis, perhaps the most relevant in regards to construction is its residential fixed investment models, which estimate annual growth in residential real estate investment. Overall, 10-year growth was estimated at an annual rate of 3.7 percent, which accounted for a 7.7 percent rate for single-family investment and a 2.2 percent rate for multifamily.

As the below graph illustrates, the expected growth rate for construction employment (1.2 percent) sets the sector apart from much of the economy, as only the health and social assistance industry (1.9 percent) is expected to have a higher compounded annual growth rate for jobs over the same 10-year period. 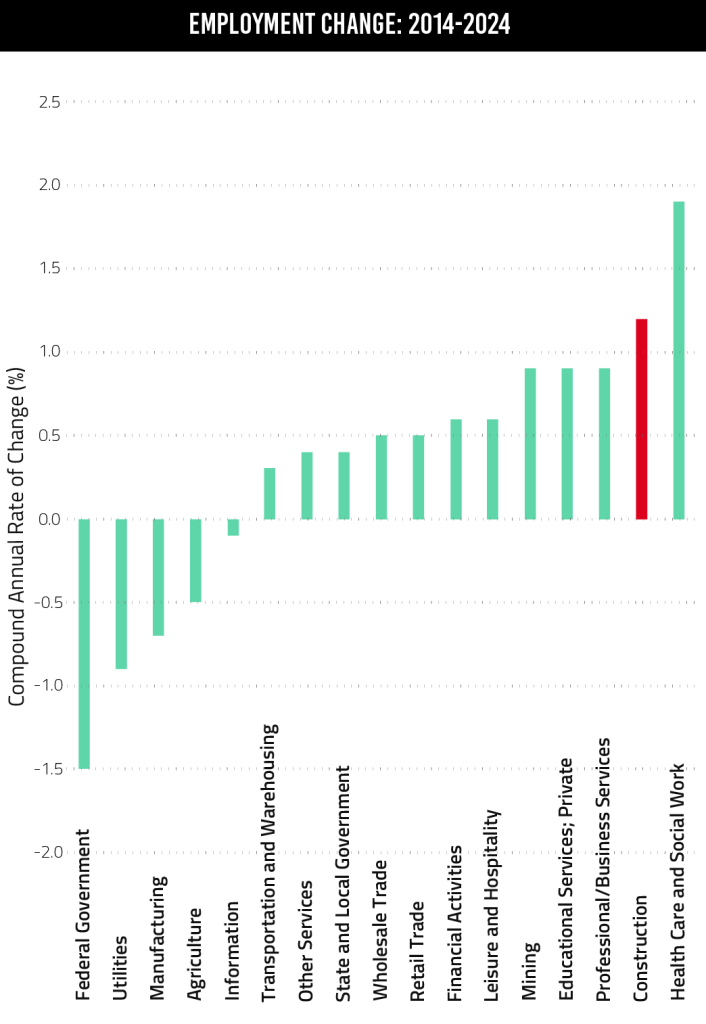 Within the construction sector, BLS predicts the fastest growing area of employment will be for solar photovoltaic installers (24.3 percent total growth over 10 years), which reflects the growing demand from homebuyers for more sustainable building. In a White House fact sheet released on the subject earlier this year, the administration reaffirmed the new demand for green building.

“Since President Obama took office, the number of homes with rooftop solar has grown from more than 66,000 to 734,000,” the sheet read. “Last year, the solar industry added jobs 10 times faster than the rest of the economy and solar represented 40 percent of all new electric generating capacity brought online in the first half of 2015.”

Making Up For Lost Jobs

Ultimately, the prospects for job growth within the construction sector are overwhelmingly positive, but it’s worth noting that the projected 790,400 jobs to be added between 2014 and 2024, while substantial, still fail to make up the nearly 838,000 jobs lost in the preceding decade.

Age may be a significant hurdle in getting those employment numbers up.

As the NAHB Housing Policy Economist Na Zhao pointed out in early December, despite positive job growth projections, there’s a problem in the industry with age that makes recruiting the next generation of builders difficult.

Pulling data from the 2013 American Community Survey, Zhao explained that the combined median age for both residential and nonresidential construction workforces is 42 – slightly older than the median age of 41 for the overall U.S. workforce.

Zhao said: “Given ongoing labor access issues in the industry, attracting the next generation of construction workers will be a challenge the sector will face in the coming years.” 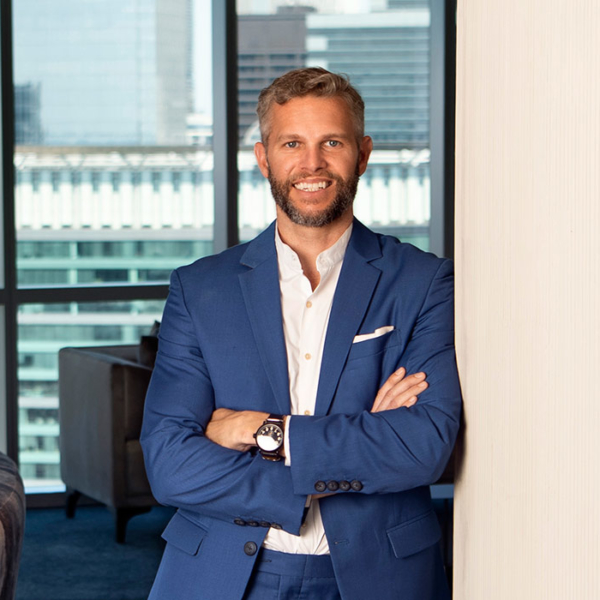