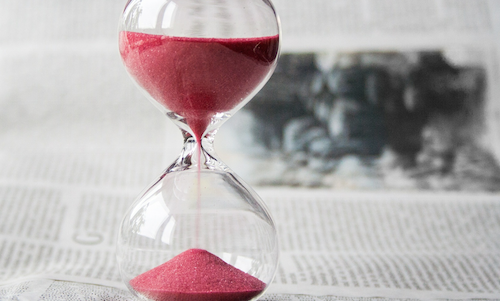 On Oct. 3, lenders finally reached the much-delayed compliance deadline imposed by TRID. However, in an effort to assist smaller lending, title and escrow companies reach a level of sustainable compliance with the new documentation, a bipartisan bill was introduced, and has since been moving through Congress, that would establish a grace period for those institutions putting forth “good faith efforts” to comply until Feb. 1, 2016. The bill, titled the Homebuyers Assistance Act (H.R. 3192), would make sure lenders and other effected businesses would not be held liable for unintentional noncompliance.

On Oct. 7, the bill, introduced by Representative Brad Sherman (D-Calif., 30th), passed the house with a veto-proof 303 to 121 majority. Moving into the Senate, the bill’s chances seem good, but President Obama has already released a statement promising to veto the grace period should it come across his desk.

“When a ship is first launched, it’s typical to take it out on a ‘shakedown cruise’ to make sure that everything is working as it should,” Rep. Sherman said in a statement following the vote. “These regulations are at least as complicated as the most complex sea-worthy vessel.”

Sherman and his colleagues in Congress are largely in agreement that H.R. 3192 is necessary for protecting smaller companies that may not have the resources to reach compliance in a timely manner.

“This bill says there is no retribution for good faith efforts. This is especially important for smaller companies that do not have the resources to quickly comply with new government regulations,” he said. “This grace period will allow smaller lenders and mortgage companies to better compete in the marketplace and ultimately benefit the consumer.”

As we’ve reported previously, community banks have been on the decline since the ’90s, and lawmakers in favor of H.R. 3192 claim it serves as something of a salvation for those struggling to fully adopt the new, more consolidated documentation in the context of increasing compliance costs and falling relevance to consumers.

But not everyone agrees.

Chip Poli, president of the Poli Mortgage Group in Boston, disregards notions of TRID’s complexities and says the legislation actually takes something complicated and simplifies it.

“When they made the change when Dodd-Frank was first passed, they took something that was really easy to read and made it difficult,” he said. “The new forms are a response to the complaints about the forms being too complicated. The new (Loan Estimate) and (Closing Disclosure) doesn’t change the information too much, it simply combines the documents into something a little bit more manageable, which I think is going to be helpful.”

Poli was particularly keen on how beneficial the change is for consumers.

“For clients, the forms are going to be great in helping them understand what the charges are and how much they’re going to pay.”

In a statement from the White House, the sentiment was much the same, though the administration was more explicit in damning the push for a grace period extending to Feb. 1 as an unnecessary delay:

“The Administration strongly opposes H.R. 3192, as it would unnecessarily delay implementation of important consumer protections designed to eradicate opaque lending practices that contribute to risky mortgages, hurt homeowners by removing the private right of action for violations, and undercut the Nation’s financial stability.”

The president specifically pointed to an Oct. 1 letter from the Consumer Financial Protection Bureau, the entity charged with ensuring TRID compliance, which explained its own intention to consider good faith efforts in its initial examinations, regardless of the Homebuyers Assistance Act.

The letter read: “Examiners will expect supervised entities to make good faith efforts to comply with the Rule’s requirements in a timely manner. Specifically, examiners will consider: the institution’s implementation plan, including actions taken to update policies, procedures, and processes; its training of appropriate staff; and, its handling of early technical problems or other implementation challenges.”

She wants a walk-in; he wants a man cave: How to smooth fights between couples