Mortgages were slightly easier to attain in September, according to a new analysis by the Mortgage Bankers Association.

The MBA’s Mortgage Credit Availability Index (MCAI), which tracks access to credit, rose 0.3 percent in September to 126.5; any increase in the index indicates a loosening of credit. Even with the slight increase, credit is still far lower than where it was 10 years ago: 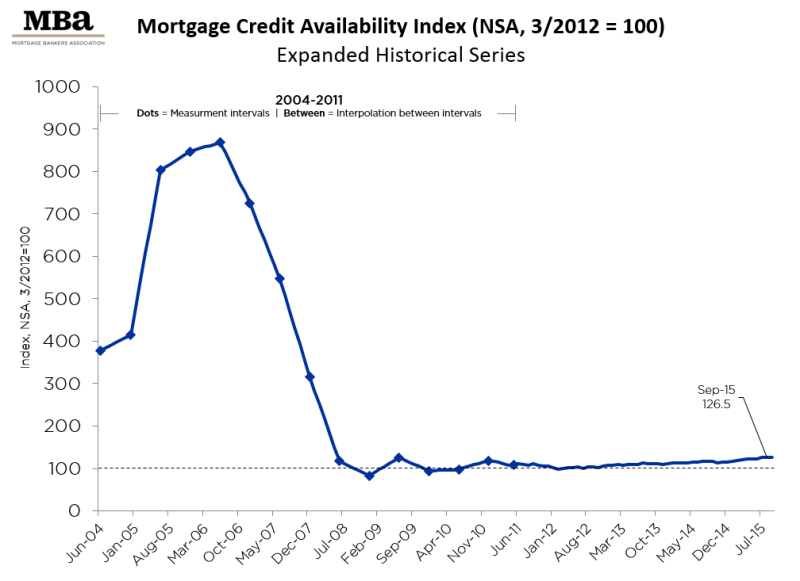 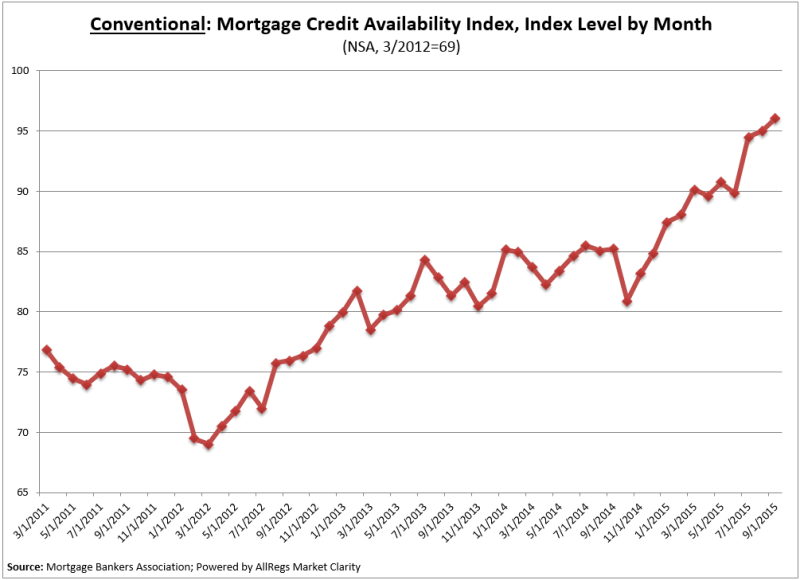 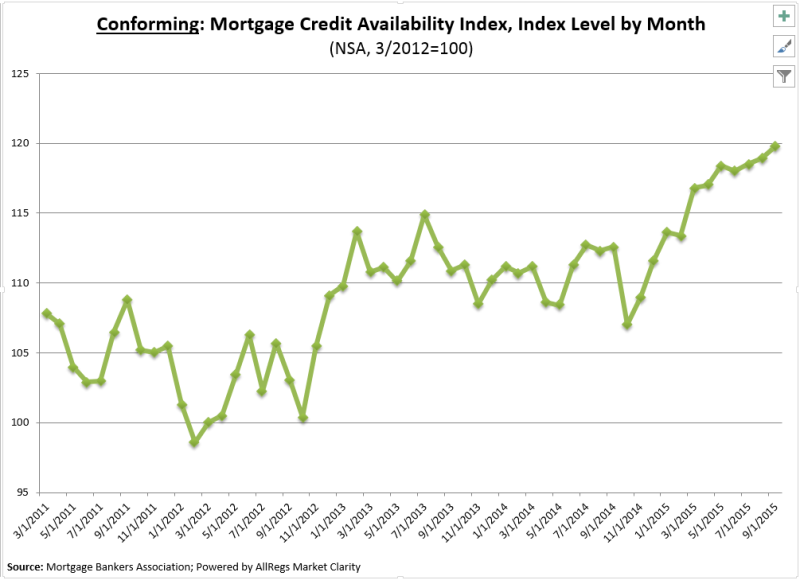 The Jumbo MCAI was unchanged over the month: 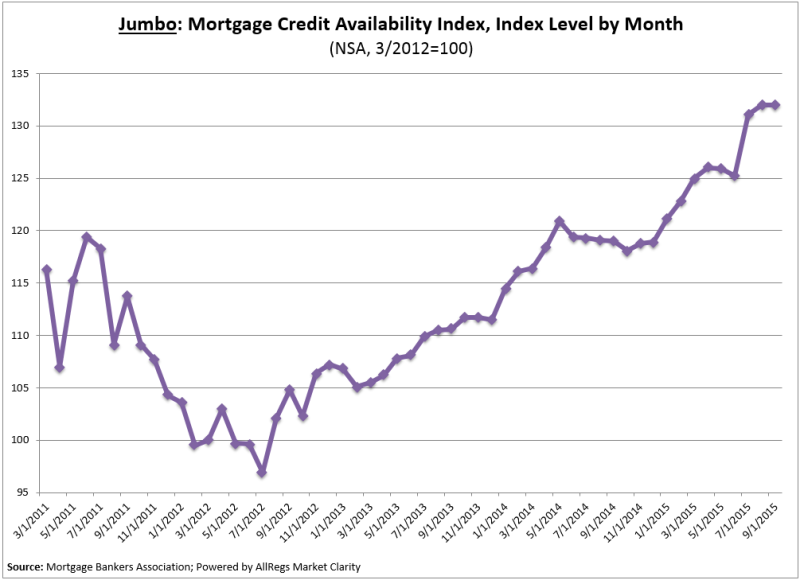 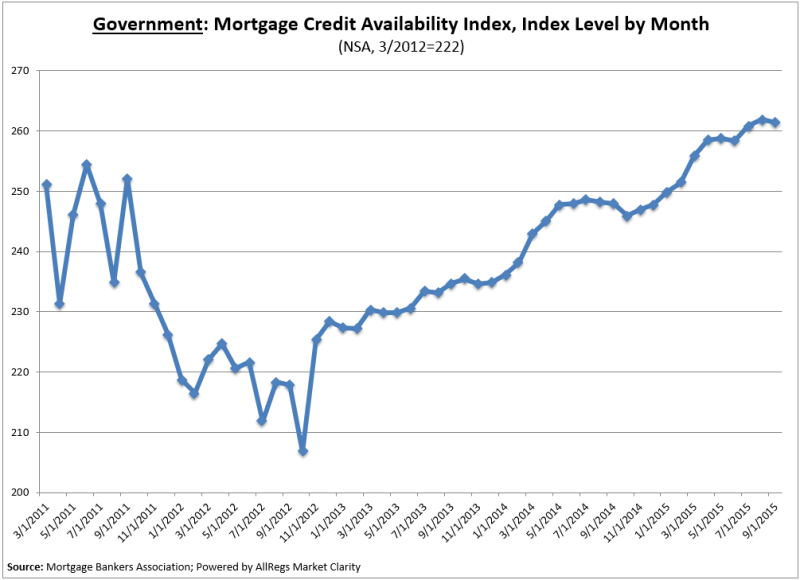 “Credit availability increased slightly in September due to some expansion of conventional affordable offerings,” Fratantoni said. “In particular, this month there was an increase in the offerings of Freddie Mac’s affordable lending programs.”